Podcast - The origin of the SDGs, a 17-color story 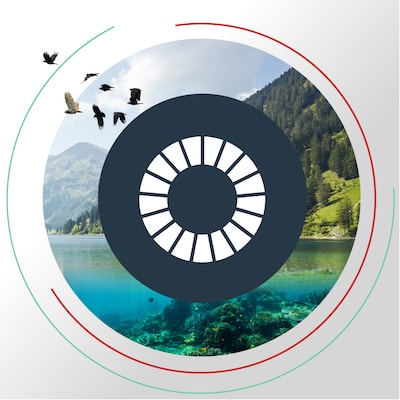 The origin of the SDGs, a 17-color story

Hi, I'm Roberto Brasero and in this second installment of Planet Energy Podcast we are going to look at the Sustainable Development Goals.

If we asked you what the SDGs are, what would your answer be?

We have been out on the street and one of the most frequent answers has been the SD…what?...although not all of them…

The answer to what the SDGs are is not going to be given by me, but by the Secretary General of the United Nations, Antonio Guterres.

“The Sustainable Development Goals are the world's blueprint for fair globalization and a better future for all. We have 10 years to make that vision a reality, and only together can we achieve it. That is why we have launched a decade of action to achieve the objectives. To overcome poverty and inequality. To combat the climate crisis and move towards gender equality. To build peaceful, just and inclusive societies, free of discrimination and hatred, in harmony with nature."

Guterres is calling for unity to bring about a better world, in harmony with nature, without anyone being left behind.

A union that has taken years to achieve and that has a goal: to combat poverty and climate change through 17 Sustainable Development Goals, known as the SDGs, whose achievement the United Nations has set for the year 2030.

But let's look at a little history...

It was in 2000 when 191 countries undertook to achieve what were called the "Millennium Development Goals".

Eight objectives were formulated and a 15-year time frame for reaching them. These were not simple goals and they included: eradicating poverty and hunger, achieving universal access to education for children, promoting gender equality, reducing child mortality, improving maternal health, combating major diseases, ensuring environmental sustainability, and creating a Global Partnership for Development.

These challenges were not fully met but a minimum agreement was reached between the States...and they were continued in 2015 in the SDGs, the Sustainable Development Goals.

From 8 they became 17 and the following were added: climate change, sustainable economic growth, reduction of inequalities between countries, innovation, sustainable consumption, halting the degradation of the Earth, and peace and justice, among others.

It is clear that the objectives are ambitious and not easy to achieve... and they are interrelated: that is, the success of one affects the others. They require a cross-cutting, individual, and collective commitment. Action by all.

Large companies play an important role in this action: And what are they doing to get there?

“We see that companies are becoming increasingly aware of the impact of their activities on the sustainable development goals but there is still a lack of ambition for and a lack of speed in arriving at corporate management that takes into account environmental, social, and governance aspects."

But we must not be complacent because there is still much to be done... Among other things, they must be able to transfer these goals to all levels of the company if they want to achieve a more sustainable production system.

“It still remains to spread the corporate vision to the entire company, not only in the sustainability and environmental departments but also the effort must be made to share and make these objectives cut across all departments."

The Global Compact advocates a real "systemic change" in corporate management and explains which SDGs are currently being worked on the most.

“On the one hand, there is Goal number 8, which talks about decent work and economic growth, that is, everything that has to do with the area of hiring, which impacts employees...On the other hand, there is also SDG 13, which is climate action, the one in which they are making the most progress, in the environmental area, in the fight against climate change, and they are working hard on gender equality, which is Goal 5, and also SDG 3, health and safety."

And which sectors are making the most progress in achieving the Sustainable Development Goals?

“The banking and insurance sector on the one hand, the utilities and energy sector, and lastly the pharmaceutical and healthcare sector. These sectors have spent more time identifying which areas, which indicators are having the greatest impact on sustainable development and are beginning to set very interesting quantifiable objectives with a clearer time limit than in other sectors."

Let's get down to day-to-day business...with examples of how companies are working and how they are increasingly aware that their responsibility goes beyond the bottom line.

“Sustainable aviation is possible, it's not science fiction,” says Teresa Parejo, Iberia's director of sustainability. And the airline’s first goal is to make operations more efficient.

"We want to reduce fuel consumption in both in-flight and ground operations, through fleet renewal, the use of sustainable fuels, the electrification of the ground fleet, more efficient aircraft operations, and reduced in-flight weight."

Another pillar is its commitment to the future.

“... through support for research and development to bring solutions for decarbonizing aviation, developing new PAS technologies and sustainable fuels, developing hydrogen, and improving air quality, reducing noise, developing energy efficiency in our buildings, and designing initiatives with a social impact."

Reducing inequalities, inclusive economic growth, clean energy production, and sustainable cities are the social challenges towards which Endesa has oriented its business, in line with the Sustainable Development Goals, as explained by María Malaxechevarría, Endesa's general manager for sustainability:

“For this, we have a strategy entirely focused on SDG 13, climate action, work supported by commitments to SDGs 9 and 11 on innovation and sustainable cities, with the development of smart grids and the deployment of the recharging plan to promote electric mobility."
In addition, social initiatives to minimize economic and access barriers in the area of energy among vulnerable groups.
The fight against climate change, responsible consumption, and the development of more sustainable cities and communities are part of Banco Santander's strategy. Javier Torres, from the bank's Responsible Banking team, explains the main initiatives:

“We have an ambition to achieve net-zero carbon emissions by 2050 and are setting decarbonization targets for our portfolios. We are accompanying our clients in the transition to a low-carbon economy and are a leading bank in renewable energy financing. And since 2020 we are also carbon neutral in our own operations."

They also work to support the financial inclusion of the most vulnerable groups in the communities in which they are present, as well as education and entrepreneurship.

In short, 17 objectives to build a better future. 17 objectives to make possible a change towards a fairer world, but also a cleaner, more egalitarian, and inclusive one...where there is no poverty and education reaches all corners, where the well-being of citizens is promoted, and where those citizens, that is, us...are also aware of the consequences of our actions.

On the near horizon, we have a date for achieving this: 2030. It doesn't seem easy to get there but do you want to give it a try?