The strangest ways to generate energy

Energy is neither created nor destroyed... But if we think about the ways it is generated, there are three or four methods that easily and quickly come to mind: from sunlight, wind or the force of water.

However, apart from other options such as nuclear or biomass, there are many more alternative ways for humans to generate electricity. Some of them, such as using plants as a source, are already being exploited by entrepreneurs such as Bioo. But there are several more methods coming out of the most cutting-edge research that are truly astonishing.

Besides making us cry, if onions are squeezed, we can convert their juice into methane, which can be used to generate electricity. And this is something that is being put into practice. Specifically by an onion wholesaler in California, which is saving more than half a million dollars on its energy bills by using this technique. It is a case that has even been published about by the U.S. government.

When we move, we generate energy, specifically kinetic energy. That’s why some European nightclubs have installed a type of floor that is able to collect energy from this activity and produce enough electricity to keep the lights on and the music playing.

In fact, this technology is currently being developed so that kinetic energy generators can be placed in other public areas, including roads and playgrounds.

But not only when dancing. A Swedish transport company has devised a system to use body heat to reduce energy costs by using heat exchangers in train ventilation systems. To do this, ventilation systems convert body heat into hot water. The hot water is then used to keep passengers and staff warm.

Research has also been done on how to use body sweat to recharge electronic devices, such as cell phones and tablets, and there is even a standard being created for it.

Of course, we could also take advantage of our pedaling to connect a bicycle (preferably a stationary one) to a generator and, with the electricity generated by pedaling, supply power to small appliances and electronic devices. 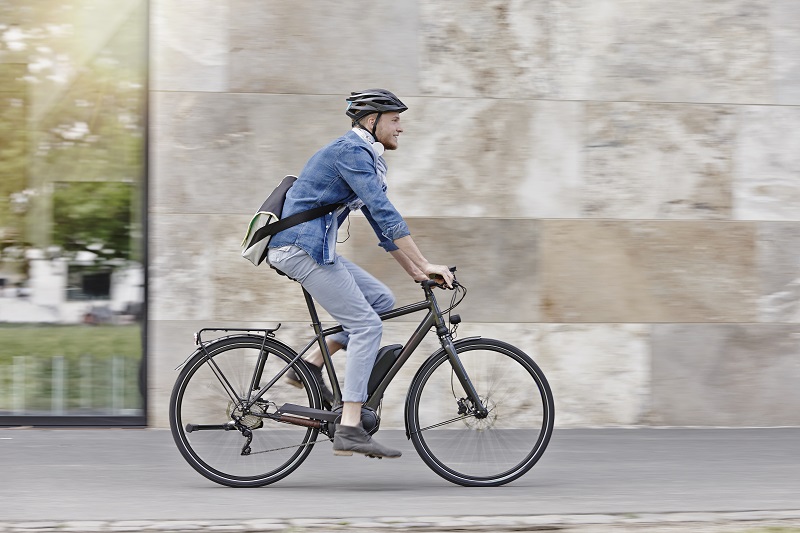 Glow-in-the-dark jellyfish contain the necessary ingredients for developing a new type of battery. A green fluorescent protein, known as GFP, is known to be responsible for producing the glow.

A team at Chalmers University of Technology in Gothenburg, Sweden, placed a droplet of GFP on aluminum electrodes and then exposed it to ultraviolet light, allowing the protein to release electrons. These proteins have been used to make a biological fuel cell, which produces electricity without an external power source.

Instead, a mixture of chemicals such as magnesium and luciferase enzymes (found in fireflies) was used to produce electricity.

We can't forget the sea, as algae also store energy in the form of oil. If this oil is extracted under the right conditions, it can be refined into a usable biofuel.

At the moment it is not something that can be done on a massive scale, but given that algae are present in seas all over the world, they could be a great resource for producing renewable energy. Some experts estimate that algae could be up to 100 times more productive than traditional bioenergy sources.

The University of Nevada (USA) is drying sludge to convert it into fuels for gasification processes, which ultimately generate electricity. To this end, a processing machine capable of producing low-cost, energy-efficient technology was built.

The machine converts gooey sludge into powder at relatively low temperatures in a fluidized bed of sand and salts to produce biomass fuel. It is estimated that the amount of sludge generated by a state like California alone could produce 10 million kilowatt-hours of electricity per day thanks to this system.

Cows are notorious for their CO2-emitting flatulence, but the truth is that cow manure can be used to produce electricity through a process known as biogas recovery. To do this, the manure must be deposited in a tank that has been previously heated designed to convert the waste into gas. The gas can then be used to power a generator, producing cleaner energy in the process.

Closer to home, the waste we all generate can also be treated to produce energy. The U.S. Army used garbage-fueled generators to support its operations during the Iraq War.

These systems take advantage of advances in biotechnology and thermochemistry. They also save on costs, because they reduce the need to procure and distribute liquid fuels via convoys (which can be attacked).

When rainwater falls on any roof, umbrella, ground, or electrically non-conductive surface, it generates a trace of electrical charge. The drops then collect the inverse charge.

Physicists at the Max Planck Institute for Polymer Research in Mainz have investigated this phenomenon in more detail and have developed a method for determining charge generation. These researchers want to develop a surface that enhances the use of the charging effect and thus generate small amounts of electricity. This could, for example, benefit inhabitants of isolated and rainy areas where electricity is not yet available.

Meanwhile, another group of researchers in Hong Kong is also trying to harness raindrops to generate electricity. In this case, the aim is to harness the energy from the impact of raindrops.

Researchers have developed a nano-current generator that can generate energy from the fall of individual droplets. According to their study, a single droplet of water falling from a height of 15 centimeters is enough to light up 100 LED lamps.

For this to work, however, the drops must fall as evenly as possible and from the same height onto the surface of the generator. For use in the rain, the researchers adapted the construction so that the rainwater was first collected and then divided into regularly falling droplets via a system of fine capillaries.