Photovoltaic plants leave 90% of the land on which they are located free, making it possible to integrate in the same space the production of renewable electricity with activities such as farming or livestock raising.

With around 2,500 equivalent hours of sunshine per year, Spain is one of the sunniest countries in Europe, competing with Turkey, Italy, Greece, France and Portugal. A factor contemplated by the National Integrated Energy and Climate Plan (PNIEC) 2021-2030,which foresees a total installed capacity of 161 GW in the electricity sector by the end of this decade, of which 39 GW will be solar photovoltaic.

A vision that has recently been reinforced with the REPower EU plan, which aims to move away from dependence on fossil fuels from Russia as soon as possible through the use of clean energy. How? Increasing the 2030 headline objective for renewables from 40% to 45%, which would require doubling solar PV capacity by 2025 and installing 600 GW by 2030 in the European Union, among other measures.

Only 1% of the world's arable land would need to be used to offset global energy demand.

This ambitious and necessary deployment requires a high demand for large tracts of land (each megawatt of photovoltaic power requires between two and three hectares of land) that is flat, unshaded and with a nearby power line to evacuate the energy generated to the grid. These conditions mean that the ideal place for their installation is rural land, which, on occasions, has led us to think about a possible reduction in the space available for agricultural use. However, according to calculations in a report published in the scientific journal Nature, only 1% of arable land would need to be used to offset global energy demand.

In addition, the Spanish Solar Photovoltaic Association (UNEF) states that, after their installation, photovoltaic plants leave 90% of the land on which they are located free, which makes it possible to integrate in the same space the production of renewable electricity with activities such as crops, livestock and other initiatives to protect the biodiversity of the environment.

This is known as agrovoltaics. But this technique is not new. It was originally conceived by scientists Adolf Goetzberger and Armin Zastrow, who in 1981 already contemplated the need to make a more rational and efficient use of the land on which photovoltaic plants were installed, especially in places with excessive sunshine and water deficit. Since then, several studies have shown the benefits of the combined use of space, based mainly on the use of the shade generated by the panels. 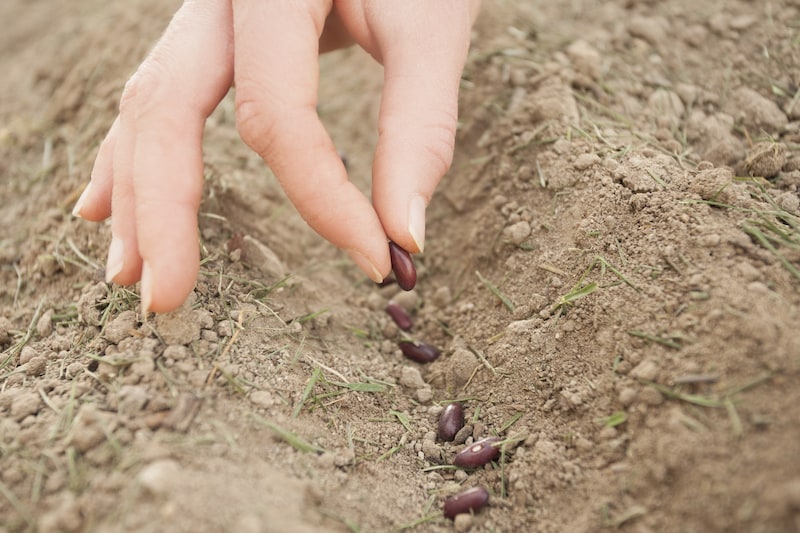 The results of the Nature report confirm that photovoltaic modules influence insolation levels, air temperature, wind speed and relative humidity, favoring certain crops. In addition, the panels generate greater protection against inclement weather such as hail, frost or drought, as a reduction in wind loads and solar radiation can contribute to lower water consumption.

A system that also results in an increase in the efficiency of energy production. "Solar panels are inherently temperature sensitive: as they get hotter, their efficiency decreases. Growing certain species under the photovoltaic panels allowed the researchers to reduce the temperature of the panels," the document notes.

On the other hand, and going a step further, the concept evolves to biogrovoltaics, which ensures that the agricultural practices that coexist with the photovoltaic modules are sustainable and contribute to the reduction of the CO2 footprint, such as: use of irrigation systems with reduced water use (drip or infiltration), use of solar energy itself to power water pumps, reduction of the use of diesel tractors for tillage work, etc.

Along with the cultivation of certain fruits and vegetables, solar grazing, i.e. using herds of herbivorous farm animals - usually sheep - to tend the land on which the photovoltaic modules are installed, has also become popular in recent years. What are the benefits? Facility maintenance costs are reduced, the environmental impact associated with the usual methods of weed eradication is eliminated, the vegetation serves as animal feed and generates an additional economic source for farms and ranchers.

Another positive effect of agrovoltaics is the conservation of bee populations and other pollinating species, whose conservation is crucial to preserve biodiversity and ecosystems. A study conducted at a plant located in southwestern Oregon (United States) showed that fully shaded areas attract similar numbers of insects, although they tend to be of more types, and the number increased in partially shaded areas relative to full sun plots.

In short, the symbiosis between photovoltaic modules and the agricultural sector makes it possible to obtain greater profitability in a smaller space, while preserving the environment. Thus, agrovoltaics becomes a key player in the expansion of solar energy and, consequently, in the decarbonization of the economy, the energy transition and the achievement of the REPower EU plan objectives.