Energy after war: from efficiency to green hydrogen

Mike Tyson was right: plans tend to fall apart with the first blow. The boxing legend said it more crudely, but with the confidence that comes from experience. The invasion of Ukraine by Russia - the blow Tyson was talking about - has dynamited all energy plans, especially in Europe. Spain, with no fossil fuels and an energy dependence of 68%, is not as dependent on Russian imports as some of the large economies of the Old Continent. The country has relatively guaranteed supply and exports electricity and natural gas, mainly to Portugal and France; but it is not out of the storm. Europe, in the best case scenario, will take between two and three years to rebalance its energy balance and the Iberian Peninsula is not on the sidelines.

Spain participates in the global trend imposed by the logic of war. Security of supply and the search for new sources are paramount. With war on the EU's doorstep, large funds have fewer demands; companies continue to produce electricity by burning hydrocarbons and Brussels has taken on gas and nuclear as "green".

The time is delicate, but Spain is one of the European countries best placed to face the energy supply crisis. In the last decade - after RDL 13/2012 suspended investments in new gas infrastructure due to the "structural deficit of the gas system" - it has managed to lower dependence on Algerian gas from 60% to almost 20%, has diversified supply and maintains seven regasification plants that provide the largest LNG storage capacity in Europe. Spain did what no one else did.

On paper, the decarbonization targets remain unchanged. The path set out in the Long Term Decarbonization Strategy (ELP 2050) aims to reduce greenhouse gas (GHG) emissions by 90% by 2050 compared to 1990; a path that should allow for a fully renewable energy end-use by mid-century. The target is still far away. In 2022 -first semester- the electricity generation structure, according to the system manager, Red Eléctrica de España (REE), was 44% renewable and 56% non-renewable. On the podium, first came wind energy -22.7%-, followed by gas combined cycles (20.7%) and, in third place, nuclear energy (20.4%).

The path outlined in the National Integrated Energy and Climate Plan (PNIEC) -under review to update and expand targets- should bring renewables to 74% of electricity generation by 2030 -42% of final energy- with a total installed capacity in the electricity sector of 161 GW. Of that total, 50 GW will be wind power; 39 GW solar photovoltaic; 27 GW gas combined cycle; 16 GW hydro; 9.5 GW pumped storage; 7 GW solar thermal; and 3 GW nuclear, as well as smaller capacities of other technologies. Nuclear, moreover, will have completely disappeared from the equation by 2035.

Of course, according to the approved plans, "the specific distribution by renewable technologies to be carried out year by year between 2021 and 2030 will depend, in any case, on the evolution of their relative costs (...)". There are delays. The year will close with the installation of between 4 GW and 5 GW of new renewable capacity. It will be a good exercise, although not ideal. The target of the plans in place to install at least 6 GW per year has not been met in the last three years.

Advancing decarbonization requires households and businesses to use more electricity and fewerCO2-emittingtechnologies. The smartest thing to do, experts say, is to first electrify -with renewables- the most accessible sectors in terms of technological development and economic efficiency. 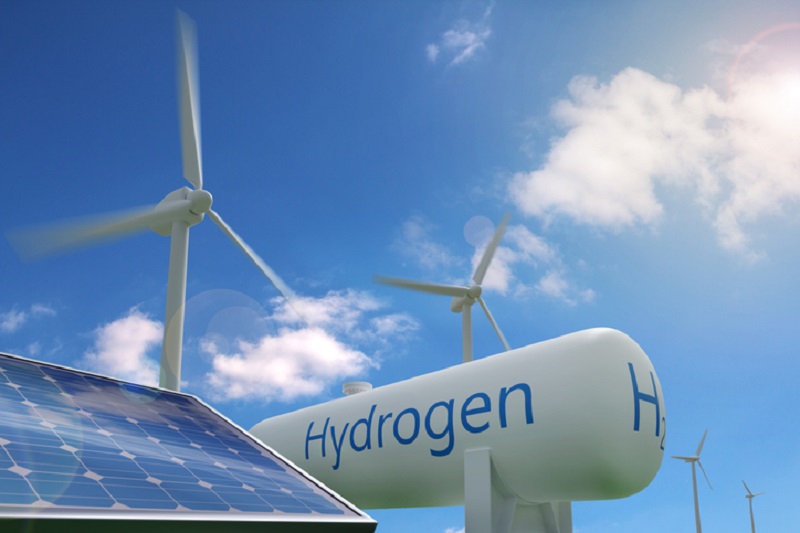 The problem is what to do with the "hard" sectors where electrification is more difficult, such as heavy industry (cement, steel and chemicals), heavy road transport, aviation and maritime transport. Because without addressingCO2 from these activities, it will be impossible to achieve net zero emissions.

Green hydrogen -generated with renewable electricity- and the so-called "renewable gases" -biogas and biomethane-, obtained from organic waste, are the possible solution for industrial processes or energy applications that cannot use electricity from renewable sources as a vector, and in particular for heavy road, air and maritime transport, which is the priority target of all European strategies and directives. In renewable gases, the European Commission's plan to make Europe independent of Russian fossil fuels has set a target of replacing 10% of natural gas consumption with biogas.

In this area, Spain has everything to do. And it will do so because biogas is linked to waste management, which is mandatory. In the next two or three years, experts agree, there will be a very dynamic development of biogas, although in no country will it have a share of more than 20%-30% compared to natural gas. This is where green hydrogen comes in, which can be used in both transport and industry, provided that the necessary investments are made to adapt demand to the new technology.

Spain can be a great hydrogen logistics center, which seems to be the Government's bet. But it will not be possible without an efficient renewable project development process. The equation is simple: the more green hydrogen you want to produce, the more renewables you need.

Of course, finding affordable, non-polluting energy sources is key. But it is difficult. However, for the European Commission there is one that is not given due attention. According to its definition, energy efficiency is to be considered an energy source in its own right. Moreover, it should participate in the energy system on an equal footing with other sources.

The International Energy Agency (IEA) agrees. The agency's director, Fatih Birol, said in February that the best way for Europe to tackle the winter supply crisis is a serious energy efficiency plan. He gave as an example the energy refurbishment of the oldest buildings in Europe. By rehabilitating them, Birol argues, energy equivalent to the gas transported by the Nord Stream I pipeline between Russia and Germany could be saved.

Efficiency yes. But where? We must differentiate between two major areas: building and industry. The potential for savings and efficiency in buildings is enormous. In Spain there are 26 million homes built before 2007. The vast majority are energy inefficient. Worse yet, half of them predate 1980 and were built without energy efficiency standards. The rest, except perhaps those completed in the last decade, have very poor insulation. There is a large playing field.

In industry there is less margin. Companies invested in improving their energy efficiency in the 2008-2009 crisis. And there's not much of a way to go. Although it is true that when equipment is replaced, energy consumption decreases, it is also true that the increase in demand more than covers it. The timing is difficult, but the post-war energy model is undoubtedly underway.

Santiago Carcar (Barakaldo, 1963). Degree in Information Sciences from the University of the Basque Country. He has worked as a reporter on the radio (RNE), agencies (Lid), weeklies (Dinero, El Globo), as well as in daily written press for 25 years (El País) and digital (Infolibre, Bez and La Información). As a columnist he has analyzed the economic situation in digital newspapers (Infolibre and La Información) and as a collaborator he has participated in current affairs programs on the radio (La Brújula de la Economía 2013-2022) and TV (La Sexta and Tele 5).