The ten milestones of energy transition in 2023

From the maturity of solar and wind renewable energies, to the potential of green hydrogen (one of the great hopes) or the boom of electric mobility through the present of sustainable biofuels, 365 days of a country, Spain, which is working to become the energy granary of Europe.

The year arrives with beautiful hopes and milestones. The first, undoubtedly, is the end of the war in Ukraine. Peace would put an end to suffering and destruction, and bring stability to the energy markets. Nevertheless, change is unstoppable. If the planets have consciousness, ours lives under the reflection of an inexorable transformation. Sustainable finance, according to investment bank Goldman Sachs, already has 67.7 trillion euros in assets under management, incorporating net-zero emissions strategies by 2050, the energy transition will require 52.5 trillion in clean technology investments to achieve the Paris Agreements, mobility is being rethought from scratch and carbon capture, along with the growth of hydrogen, and the decarbonization of building materials, aim to further change this house of water and earth into the orchard it should be. Not to mention the immense importance of the circular economy, without which decarbonization is impossible, and the challenge of green steel. This is the vision of the influential U.S. bank.

To kick off the year, Planet Energy has built its own rules, consulting experts, associations and analysts to identify the energy trends that will make headlines in 2023.

Ten milestones for a planet that relies on technology, effort and the best of the human condition. An orb that recalls the phrase of the Argentinian writer Jorge Luis Borges: "He had, like all men, hard times to live through." These are the trends of a hopeful planet during this year.

1. Decarbonization. Marta Sánchez, partner in charge of Strategy and Consulting at EY, predicts that companies will increase divestments in fossil fuels, natural gas and coal to boost responsible technology investments. This year will be the one that will mark a before and after of the reinvention in which energy companies have been immersed for years and their commitment to contribute to the Paris Agreement objective of a temperature increase of less than 2ºC compared to pre-industrial levels and, preferably, even below 1ºC.

As for the national outlook, the Council of Ministers recently approved the PERTE (Strategic Projects for Economic Recuperation and Transformation) intended for the manufacturing industry, which will mobilize 3.1 billion euros and could prevent the emission of 13 million tons of CO2. The grant of this and other national and European subsidies will dominate much of the industry's news in 2023.

2. The year of green hydrogen. Numerous hydrogen projects, mostly green, have been proposed during 2022. At the end of December of that year, Cepsa announced the investment of 3 billion euros in the Andalusian Green Hydrogen Valley, with a production capacity of 2GW (gigawatts). The initiative represents 50% of the production of this energy vector planned by the Government for the whole of Spain in 2030. The region and the country will become an energy powerhouse, contributing to security of supply and  European independence. In fact, it is the largest green hydrogen project on the Old Continent. New ones will be announced in 2023 and will begin to materialize, according to the Spanish Association of Oil Product Operators (AOP), throughout this decade. In fact, initiatives are already being planned to bring this green energy to northern Europe. The corridor that will connect Algeciras (Cadiz) with the port of Rotterdam (Netherlands) in 2027, which will be the first of its kind between southern and northern Europe, and the H2Med initiative, which will link Portugal and Spain with France, connecting Barcelona and Marseille with a submarine tube. 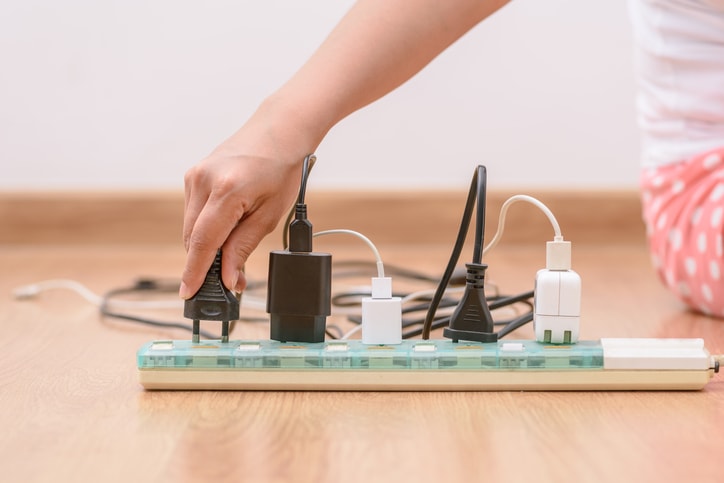 3. Energy efficiency and savings. It was a rule in any family: don't spend what you don't have and save for hard times. During this fiscal year, we will continue to implement energy savings and efficiency plans. This awareness concerns both the industry and the consumer. The most efficient energy is the energy that is not consumed: The European Union, in the wake of the conflict in Ukraine, has set a target of a 15% cut in gas use by next spring. In addition to the basic measures (for example, not leaving household appliances in standby mode, which consumes energy, or opening and closing windows depending on the outside light to heat or cool the home), one option is to install photovoltaic self-consumption systems. In short, savings will be a basic pillar of the energy transition in 2023.

4. Entry into force of Low Emission Zones (LEZ) in cities. The Climate Change Law established the so-called LEZs in 2021. As of January 1, all municipalities with more than 50,000 inhabitants are obliged to have restricted circulation areas for the most polluting vehicles. The objective is to improve air quality in urban environments.

5. Postponing the closure of some nuclear power plants, an option. Numbers, capabilities, future. Nuclear power plants (providing just under 7,400 MW) and combined cycle plants "provide firm power to the electricity system," describes Enric Bartlett, professor of Public Law at Esade Law School. Provided that more storage capacity is available, either in reversible hydroelectric power plants or by transforming electricity into hydrogen. Some nuclear power plants are approaching their maximum life cycle, and the Administration will have to consider whether to extend their operation in the coming years. The idea was a staggered "decommissioning" that would begin in 2027, with the cessation of activity at the Almaraz plant in Extremadura, to conclude, during 2035, at Vandellós II and Trillo.

6. The promotion of the recharging network for electric cars. Spain is at the tail end of the electric vehicle market in Europe. We need technology. For example, an extensive ultra-fast recharging network. This is the image of the future that Marta Sánchez Álvarez, partner at EY, envisions.  "For this reason, Spain and the European Union will continue to allocate funds and aid to promote the deployment of charging infrastructure and the rotation of the vehicle fleet towards electric vehicles," she predicts.

7. Good winds are blowing for offshore and onshore wind power. Floating offshore technology should be a reality off the Spanish coasts by 2023. "It is an opportunity for the country, because of the creation of new jobs and also because of the synergies with other industrial activities, such as the naval or port industries," analyzes a spokesperson for the Spanish Wind Energy Association (AEE). It is urgent to approve the Maritime Spatial Management Plans (POEM) and to call the first auction in mid-2023. The path is mapped out. According to this organization, Spain is the world's fifth largest onshore energy producer. In 2021, it contributed 23% of demand to our energy system.

8. Golden reflections on the solar panels. "This year, an adequate regulation for storage will be reinforced", narrates the Spanish Photovoltaic Union (UNEF). This is essential if we want to better manage the balance between supply and demand. All plants to be designed will include a storage facility. According to 2021 data from Spanish Electric Network (REE), installed solar photovoltaic capacity increased by 28.8%, adding more than 3,300 MW to the national generation park. In order to continue promoting this technology, in which Spain has an advantage due to its climatic conditions, it will be necessary to speed up the granting of permits that are still pending administrative approval.

9. The advancement of sustainable biofuels. Bioenergy is a form of renewable energy whose raw material is organic waste. In the European Union, bioenergy includes biomass, a renewable energy source derived from organic matter, biofuels produced in a sustainable way, which provide a renewable alternative to conventional fuels, biomethane (renewable natural gas) and biogas (renewable gas composed mainly of a mixture of methane andCO2), whose production is being scaled up as part of the RePowerEU plan.

By 2021, according to Goldman Sachs, biomass will account for 10% of global renewable energy demand. It is already being used to produce "modern energy". Sustainable biofuels include biodiesel, the most sustainable of which is made from used oils and fats, and Sustainable Aviation Fuel (SAF), made using various organic waste materials. "Biomethane is an alternative to fossil natural gas, since it is based on renewable methane (CH4) obtained from waste organic matter. And because it is the same molecule, it can be stored, distributed, used and transported in the same way as natural gas," says Marta Sánchez.

10. The eternal return of the circular economy. Circular economy lies at the heart of any strategy. It is behind everything that is called renewable. This is the only essential way to achieve net zero carbon emissions. There is a direct relationship between this circularity and biofuels. It involves taking advantage of the entire life cycle of, for example, vegetable waste, used oils or that food and fat that is discarded. The concept is intuitive. In short, the circularity of the economy comprises the entire life cycle, with waste materials being converted back into raw materials.

Last February, the Administration already established the Spanish Circular Economy Strategy (EECC). It has several objectives, which this year will continue on its way to 2030. "Perhaps the most ambitious is to reduce by 30% the national consumption of materials in relation to GDP (Gross Domestic Product), taking 2010 as a reference," says Arturo Rojas, partner at Analistas Financieros Internacionales (AFI).

Miguel Ángel García Vega
He has been writing for EL PAÍS for some 25 years, currently for Cultura, Negocios, El Paí­s Semanal, Retina, Suplementos Especiales, and Ideas. His texts have been republished by La Nación (Argentina), La Tercera (Chile) or Le Monde (France). He has received, among others, the AECOC, Accenture, Antonio Moreno Espejo (CNMV) and Ciudad de Badajoz awards.