The second life of PPEs converted into biofuels

Masks, gloves, gowns... More than 70% of the plastics that make up these products will end up in oceans and landfills if no action is taken. The difficulty of recycling them has opened the door to new ideas that could solve the problem.

Personal protective equipment (PPE) has become the hallmark of a pandemic that has completely changed our routines: gloves, goggles, masks, and gowns, not to mention the undisputed protagonist, face masks, which have become an indispensable element in the daily lives of people.

What is certain is that they helped to significantly reduce the number of infections. At least that is what some experimental studies carried out in the United States suggest, which the Spanish Ministry of Health has reflected in >one of its reports. The obligatory nature and the recommendations of governments and the WHO on their use have contributed to the fact that production has not stopped growing: in 2020, sales of masks globally increased 200-fold, from $800 million (€681 million) in 2019 to more than $160 billion (€136 billion) last year, according to data from United Nations.

The immediacy required by the situation led the chemical industry to step on the accelerator. This includes the primary sector, such as petrochemicals, which is responsible for producing all petroleum derivatives (e.g., phenol, which is required to manufacture protective glasses for healthcare personnel, or polycarbonate used in hospital beds); the secondary sector, where plastic or detergents are obtained from the primary sector; and the tertiary sector, which produces biotechnology or pharmaceutical products. This industry has minimized the decline of the industrial sector as a whole in 2020 compared to 2019, and according to data from the Spanish National Statistics Institute, it increased its production by 10.4% in the first six months of 2021 compared to the same period of the previous year.

Where do PPEs end?

The chemical industry has taken on a key role in the manufacture of the large quantities of PPE produced since the beginning of the pandemic. To give you an idea, if the world's population used the same amount of face masks today as Italy did in the spring of 2020, we would be consuming 129 billion face masks per month worldwide. The problem is that, as a result, every day 3.4 billion of these single-use products and face shields are used around the world. This begs a new question: where do these objects end up?

The thousands of images of discarded single-use plastics made to protect against COVID-19 and floating in rivers and seas around the world, have shown us that this problem has gained prominence in the last year, and a solution must be sought. Some PPE contain plastic fibers that take centuries to disappear. They break down into microplastics and nanoplastics that end up in oceans and seas, in marine animals, and then in our food. 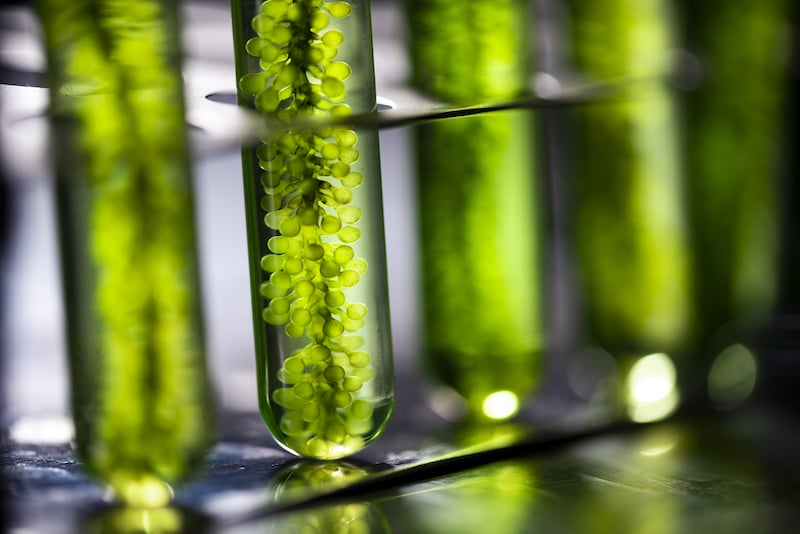 The impact is not minuscule: a single surgical mask releases more than 170,000 microfibers into the sea every day, according to a study published in Environmental Advances. The United Nations has already warned that if no action is taken, more than 70% of these plastics will end up in oceans and landfills, and up to 12% will be burned, polluting and causing illnesses in the most vulnerable areas of the planet.

In Spain, the correct place to deposit used PPE is the general trash can, and not the yellow, green, blue, or brown containers. The problem is that some PPE, such as masks or gloves, are not recyclable in most municipal systems—which combine physical and biological processes—for one simple reason: there is no way to separate the mixture of polymers contained in these products. One of these is polypropylene (single-use plastic), the main component of most of this personal protective equipment and the focus of much of the research to alleviate this problem.

EPI: from plastic to biofuel

Precisely, the University of Energy and Petroleum Studies of India has shed some light on this issue by conducting a study in which it claims that the most promising formula for recycling polypropylene is to include chemical recycling in the process. The study suggests a concrete alternative to solve the impact of PPE on the environment: transforming the plastic contained in these objects into renewable liquid fuels that can then be used to generate energy in the industrial sector; according to his research, it seems to be possible.

The challenge of EPI waste management and the growing demand for energy could be addressed simultaneously by producing liquid fuel from plastic.

In general, there are several methods to transform a solid waste into fuel, from glycolysis to hydrogenation or gasification. To recycle plastics, the most widely used technique is pyrolysis, which is already in use today (using temperatures of between 300 and 500 ºC) to convert them into liquid oil for various applications: from gas turbines or boiler systems to generators or engines. Now, the university's compilation of studies, conducting pyrolysis of polypropylene at different temperatures and over different lengths of time, shows that recycling this type of plastic and converting it into biofuel is also viable, since this method is capable of generating bio-oil, which has great potential for biodegradation: “It can be performed in a closed thermal reactor between 300 and 400 °C for 60 minutes,” the study concludes.

This research opens the door to a new way of giving these objects a second life. Since the pandemic began, there have been many actions aimed at reducing the contamination caused by these products, from corporate and individual initiatives that use the masks to manufacture other objects (e.g., railroad ties, mattresses, and stools), to projects very much in line with this study. Precisely, the Basque ‘startup’ Nantek has taken a big step in this direction by developing a system for recycling masks using pyrolysis to transform them into biofuels.

In the report ‘Making Peace with Nature: A scientific blueprint to tackle the climate, biodiversity and pollution emergencies,’ the United Nations addresses the main environmental challenges we face, focusing on the increase in global temperature, the danger of extinction faced by thousands of animal and plant species around the world, and the diseases and premature deaths caused every year by pollution. In this context, the use of these alternative fuels is gaining momentum, as reflected in the article from the University of India: “The challenges of PPE waste management and increasing energy demand could be addressed simultaneously by producing liquid fuel from this PPE, which is also clean and has properties similar to those of fossil fuels.”