The major Scandinavian companies know that the future lies in a change of course. The deadline for the reduction of greenhouse gas emissions is 2050, and they are headed towards that horizon with their homework done.

Nordic oil companies are an example of knowing how to read the room, with a clear commitment to reducing the environmental impact of fossil fuel extraction and converting to renewable energies. It is a vision that veers towards other energy sources, such as biofuels, hydrogen, electricity storage or solar and wind energy. This decade will see a radical change in the sector's approach, a path that some companies such as the Danish Ørsted or the Finnish Neste have been following for years.

Both the Danish and Finnish companies are examples of this conversion, going from being among the most carbon-intensive companies to being among the most sustainable in the world in just 10 years. In fact, according to the Corporate Knights Global 100 Index of the most sustainable companies, they rank second and fourth, respectively. In short, these are two success stories that prove that change is not only necessary and inevitable, but also possible.

Ørsted, much more than a name change

The journey of sustainability for Ørsted–formerly Danish Oil and Natural Gas (Dong)–began in 2008, when it embarked on a transformation to renewable energy. To do that, they increased investments in offshore wind farms and began using sustainable biomass as a fuel in coal-fired power plants.

In 2017, the Danish oil company began divesting the oil and gas business, and in 2018 it stepped up under the new name Ørsted. The name was chosen in honor of scientist Hans Christian Ørsted, who discovered electromagnetism in 1820.

Ørsted CEO Mads Nipper clearly defines the company's mindset: “We aspire to be one of the true catalysts for systemic change to a greener society."

The company is currently a world leader in offshore wind energy and supplies green energy to more than 15 million people, although its goal is to increase that figure to 30 million by 2025. In addition, they have reduced coal consumption in their power plants by 73% since 2006, and will stop using coal by 2023. Instead, they use sustainably sourced wood chips and pellets.

Among the Danish group's major projects is the construction of the world's first energy island in the North Sea. With the approval of the Danish government and an estimated cost of 210 billion Danish kroner (€28.231 billion), it is expected to have a production capacity of 3 gigawatts, a surface area of 120,000 square kilometers–equivalent to 18 football fields–and to be able to cover the consumption of three million homes.

The energy company's efforts were recognized in 2019, when it was honored at the 12th edition of the Prince Albert of Monaco Foundation Awards, in the Renewable Energy category. 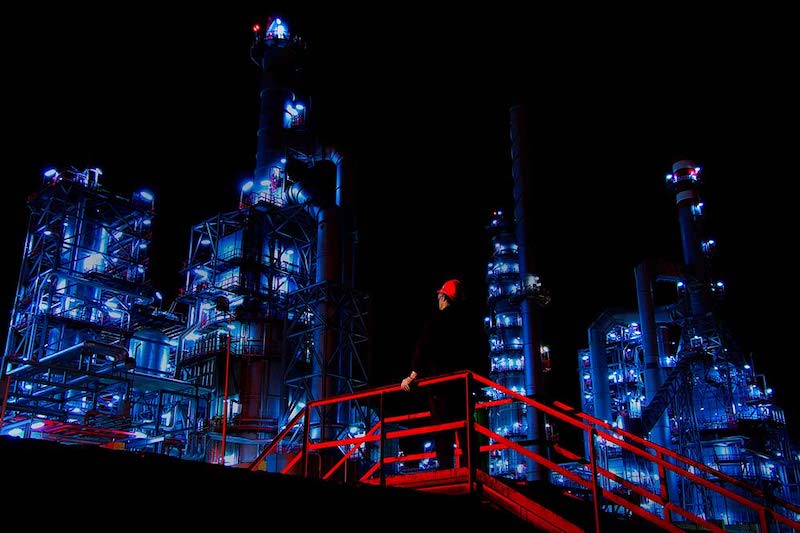 Neste, a leader in renewable diesel

Finnish company Neste is another example of this change in direction and strategy for Northern European oil companies. Founded in 1948, it was born with the objective of securing Finland's oil supply. Since then, it has gone through different stages, with continuous growth.

In 2015, company management set out to make Neste the world's leading producer of renewable diesel through its patented NEXBTL technology of transforming fats into molecules that could replace fossil raw materials in fuel production.

In addition to its Porvoo refinery, its new strategy led the company to build new production plants for renewable products in Singapore and Rotterdam. Thus, the Finnish company achieved its goal of becoming the world's largest producer of renewable diesel.

Their next goal? To be leaders in circular and renewable solutions. Under the slogan “Faster, bolder, together", a clear reference to the fight against climate change, the Finnish brand is committed to green energy and aims to continue opening up new end markets in renewable road transportation, aviation and in the polymer and chemical industries.

One example of this, the company explains, is that its sustainable fuel reduces greenhouse gas emissions by up to 80% compared to kerosene, according to a study that the company conducted in collaboration with Airbus, the manufacturer of Rolls Royce jet engines and the German research center DLR. The companies are collaborating on the world's first study to evaluate the emissions and performance of an airliner powered solely by “sustainable aviation fuel” (SAF), obtained by recycling frying oil.

Cepsa, the energy of change

Although Ørsted and Neste are the best performers, today most of the major European oil companies have made their activities greener, expanding the use of renewable sources in their production mix. One example is Cepsa, which has just presented its 2030 strategic plan, with which it aspires to become a benchmark in the energy transition. The Spanish-based company has devised an ambitious plan to reduce CO2 emissions by 55% over the next eight years (Scope 1 and 2) and between 15% and 20% for Scope 3 emissions, making it a benchmark company in its sector. It has also made a firm commitment to renewable energies such as hydrogen and biofuels. Its extensive experience will enable the company to lead second-generation biofuels production in Spain and Portugal, with a production of 2.5 million tons per year by 2030, thus helping to advance the circular economy. In this area, Cepsa will become a leading supplier of sustainable aviation fuel (SAF), with an annual production of 800,000 tons.

Looking ahead to 2030, with the Sustainable Development Goals and management under ESG (environmental, social and governance) criteria as a compass, energy companies are clear about the need to accelerate the energy transition, to build a new future where sustainability is at the core of their business.