Cepsa has inaugurated a new service station in Santa Cruz de Tenerife, under a new flagship concept with a smart building. The ceremony was attended by Cepsa's sales director, Álvaro Díaz Bild, and Service Station Network Director, Santiago Ruiz, accompanied by the councilor for Information and Communication Technologies and the Information Society of the Tenerife City Council, Félix Fariña, and the councilor for Public Services of Santa Cruz de Tenerife City Council, as well as various representatives of Tenerife’s political, economic and social community.

The service station is located in Taco, very close to the access road from the Tenerife North Highway in the direction of Santa Cruz, and is the first to have a smart building, which features the latest trends in innovation, sustainability and efficiency. This is the third flagship service station unveiled by the Company.

Twelve people will work at the new station, in addition to the 80 employees already working in the Cepsa network in the Canary Islands. It is expected to receive more than 13,000 customers per month.

During the opening ceremony, Cepsa's Sales Director, Álvaro Díaz Bild, highlighted “Cepsa's huge transformation over the last five years in the Canary Islands. The expansion of marketing activities in the Islands, such as the entry into the distribution of bottled gas or the expansion of the network of service stations, which come on top of activities that the Company has traditionally carried out, are a clear reflection of our commitment to growth in the Islands".

The director of Cepsa's Service Station Network, Santiago Ruiz, said: “The inauguration of this flagship station is just another example of our commitment toward growth in the Canary Islands. We want to continue to be part of our customers' lives, to be close to them and to offer them the best experience every time they visit us, adapting to their needs and providing them with all the services they require in an efficient, innovative and safe way.”

At the opening ceremony, Cepsa also presented a new exclusive design for the Depaso store, which has warmer tones and more contemporary furnishings, aimed at enhancing customers’ comfort. It also revealed the new uniforms, which will be worn by all service station employees, with an image that reflects the Company's brand identity.

A new technique has been used to construct the smart building, consisting of two prefabricated modules designed and assembled by Cepsa using non-traditional construction methods, which are safer and more efficient, minimizing risks of accidents and halving the construction time to two months. The technique will be used from now on in new stations.

The building incorporates the most advanced technologies in terms of energy efficiency, such as a ventilated facade made up of a tempered glass enclosure that reduces heat loss. It also has a centralized air-conditioning system and a geothermal air pre-treatment system, harnessing the temperature underground to heat or cool the outside air, thus helping to reduce energy consumption. In addition, a green plant layer has been added to the roof.

The canopy, an iconic element in Cepsa's new filling stations, is supported by a technological structure which enhances lighting through the addition of EFTE (Ethylene-Tetra Fluoro Ethylene) cushions, an advanced technological material which makes the most of natural light. Employees or service staff can now walk along the top of the canopy, so it is easier to carry out maintenance and cleaning tasks. In addition, the entire station has LED lighting and submersible pumps that illuminate when vehicles are detected, also bringing down energy consumption.

The safety systems of Cepsa's new station model have also been reinforced, with new insulating materials in the tanks and underground pipes, and a double spill detection system.

Cepsa currently has an extensive network of nearly 1,800 service stations in Spain and Portugal, 81 of which are located in the Canary Islands. Every month Cepsa's stations in the Archipelago receive around 540,000 customers. Cepsa's management is based on a clear model of customer orientation, innovation, added value, security and loyalty. Cepsa sells top quality fuels in its Filling Stations, and also offers many other products and services. Customers can also benefit from Porque TU Vuelves loyalty program and alliances with strategic partners. 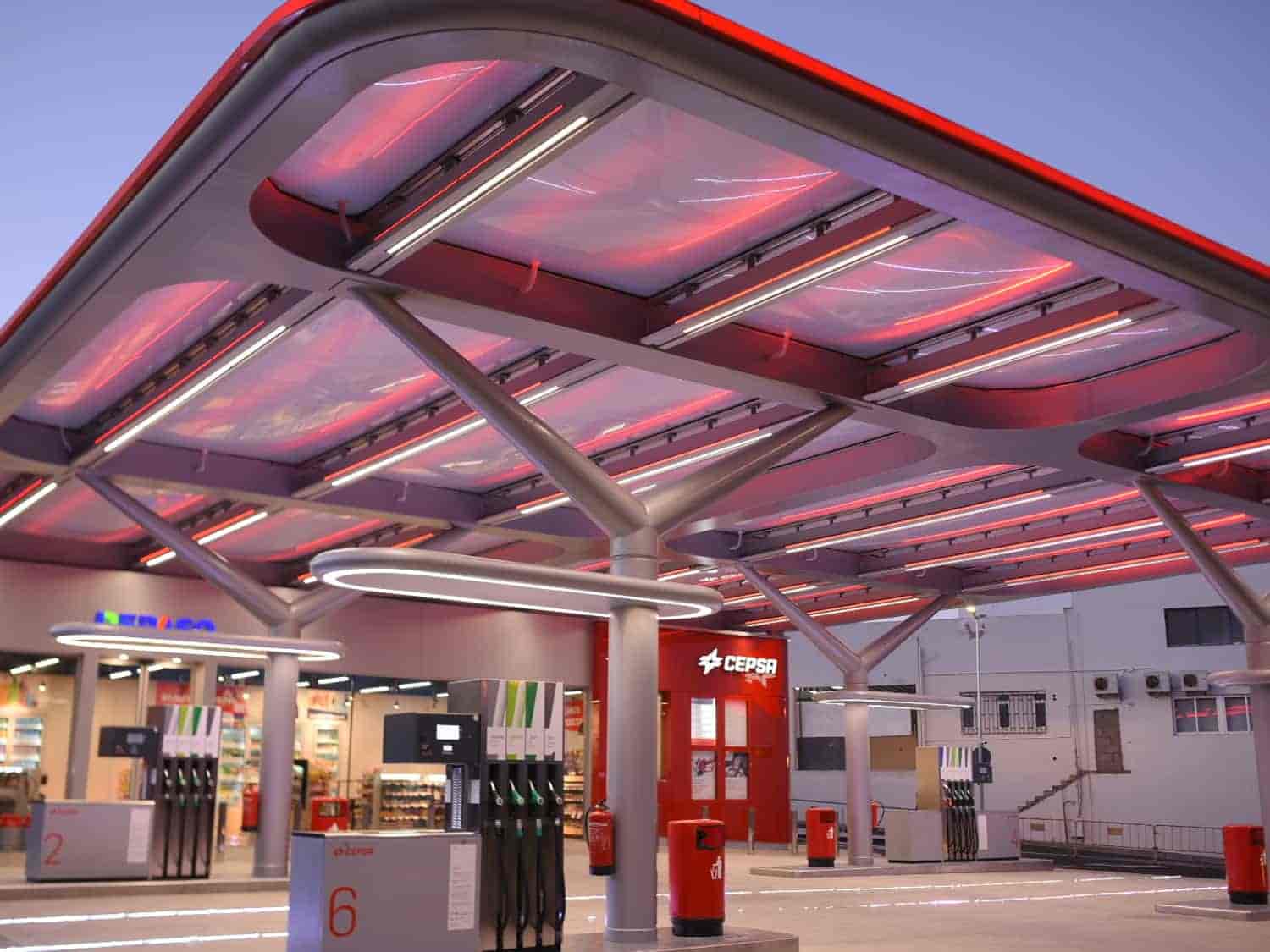 Cepsa, distinguished as a Top Employer for the seventh consecutive year

Cepsa redesigns its organizational structure to accelerate its energy transition