Cepsa appoints its new Board of Directors

Following the appointments made at the Shareholders’ Meeting and Board of Directors meeting of Cepsa that took place earlier today, October 15, Philippe Boisseau has been named CEO of the Company, succeeding Pedro Miró.

In addition, four new members of the Board have been appointed: Marcel van Poecke, Bob Maguire, Joost Dröge and Marwan Nijmeh, the first three are senior executives at The Carlyle Group and the fourth at Mubadala. All of these professionals have distinguished backgrounds and broad experience and knowledge of the energy sector.

Musabbeh Al Kaabi, Alyazia Al Kuwaiti, Saeed Al Mazrouei, Bakheet Al Katheeri and Ángel Corcóstegui were re-elected as Directors, each for the statutory term of six years. Musabbeh Al Kaabi was also reelected to his office as Chairman of the Board.

Following these changes, the new configuration of the Company’s Board of Directors and its two standing Committees is as follows: 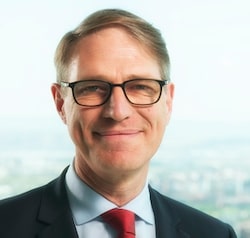