Yesterday evening, Cepsa held a new informative seminar aimed at local suppliers attended by over 100 professionals from Campo de Gibraltar. The Company has used this event, called "Supplier Day", to share with the employers of the region its business model and future business strategy, as well as responding to their queries and requests for information on local projects in which they take part.

Cepsa took advantage of the meeting to introduce its suppliers to the Cepsa Energy Outlook 2030 research work, whereby the company analyzes the trends and socioeconomic models of the world and presents the future energy map in 2030, with the company's forward-looking approach.

During this year, Cepsa has viewed its work in innovation and its leadership in integrated technological development as a challenge facing all organizations, highlighting the importance of suppliers as a lever to drive new ideas and improvements in the interest of reaping mutual benefits. During the "Supplier Day" seminar, the companies Eurogruas, Navec and Línea Vertical presented the most innovative projects they have undertaken at the Cepsa facilities in San Roque.

For example, during the course of the seminar, a project was presented on the new electronic work permits and what the application of this technological innovation means for organizing industrial work, in line with Cepsa's ongoing commitment to safety, which is one of the company's fundamental values.

Through initiatives such as that held yesterday, Cepsa seeks to promote communication and dialog as key elements of working in the same direction with a shared vision and pursuing added value for both parties.

Carmen Romero, Secretary General of the Cádiz Confederation of Employers, was one of the participants in the event. She discussed the business lines the entity she represents is currently developing. Gema Pérez Lozano, the delegate for Economy, Innovation, Science and Employment, presented various training, subsidy and innovation programs offered by the Autonomous Government of Andalusia that are available to companies. We heard from the Mayor of San Roque, Juan Carlos Ruiz Boix, and the director of the refinery, Miguel Pérez de la Blanca, to round off the day.

Cepsa in Campo de Gibraltar and Andalusia
For over 50 years Cepsa has been operating in Andalusia, where it has created around 3,600 direct jobs, as well as more than 2,600 indirect jobs and 6,000 temporary or knock-on posts. The energy company tops the production and revenues ranking in Andalusia with more than 14,500 million euros, 10% of Andalusian GDP.

Cepsa directly employs over 1,400 people in San Roque, 3% of the industrial sector total in the province of Cádiz and in 2016, the Company announced a five-year investment plan of over 130 million euros to improve its petrochemical facilities in San Roque; the plan includes immediate investment of over 50 million in major projects to improve energy efficiency, safety and compliance with environmental regulations at its centers in Andalusia. 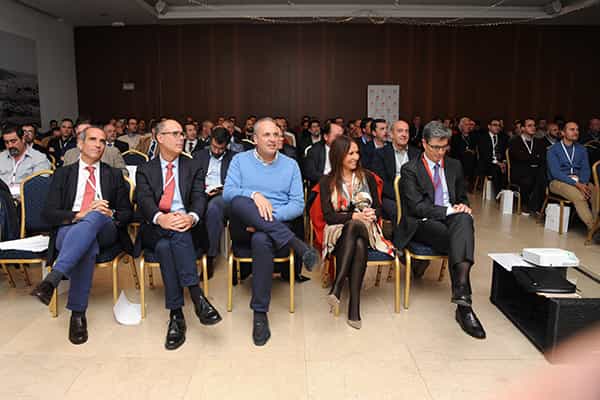