Cepsa has formalized the purchase offer of Abengoa’s biofuels plant in San Roque (Cádiz). The process concluded with Abengoa’s acceptance of Cepsa’s 8-million euro binding offer for the total purchase of the asset. With this operation, Cepsa culminates the integration of the biofuels production unit at its San Roque plant where fuels are produced from renewable sources. Abengoa started operations at the plant next to the refinery in 2009, but stopped production in 2015. This means the plant can continue to provide employment to its current 51 workers.

Cepsa believes the acquisition of the production unit, which is due to be fully operative again during 2017, is a great opportunity because of the new synergies the operation contributes to the Company.

Cepsa, one of Spain’s leading energy companies, has set the development and integrated management of its biofuel business as a target for the coming years, which it plans to achieve by optimizing production and drawing on its experience and technical excellence. 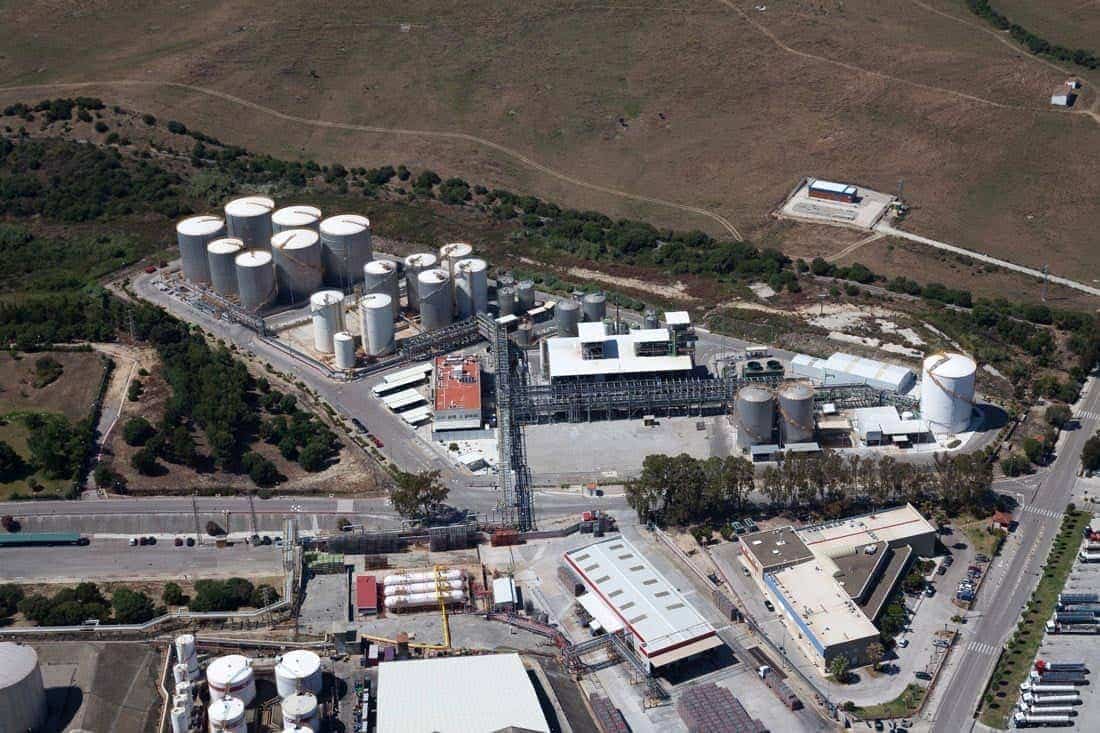 Cepsa in Andalusia and San Roque

With this operation, Cepsa continues to invest in Andalusia and its industrial production, where it has operated for over 50 years, generating more than 3,600 direct jobs, 2,600 indirect ones and 6,000 more induced and temporary jobs. Cepsa is the region's leader in production with a turnover of more than 14.5 billion euros, 10% of Andalusian GDP. Cepsa in San Roque has over 1,300 direct employees, 3% of the province’s total industrial sector. In line with this, in 2016 Cepsa announced a 5-year investment plan of over 130 million euros to improve its petrochemical facilities in San Roque; the plan includes an immediate investment of over 50 million in major projects to improve energy efficiency, safety and compliance with environmental regulations at its centers in Andalusia.

Currently, biofuels produced from vegetable oils (soybean, rapeseed or palm) are considered to have environmental advantages, since their inclusion in conventional fuels reduces greenhouse gases. The most widely used biofuel today is FAME (Fatty-acid Methyl Ester). Alongside this, there is HVO (Hydrotreated Vegetable Oil).

Cepsa has produced HVO at its refineries since 2011 and together with the support of the Company’s Center for Research and Development has conducted pioneering studies across the world that seek to turn vegetable oils into high-energy renewable origin fuels.

All these actions are directed towards the goal of leading compliance with European directives and Spanish laws that state that, by 2020, 10% of energy for transportation must come from renewable origin.

Cepsa is an energy group wholly owned by the International Petroleum Investment Company (IPIC). It employs more than 10,000 professionals and operates at every stage of the hydrocarbon value chain. It is engaged in petroleum and natural gas exploration and production activities, refining, the transportation and sale of oil and natural gas derivatives, biofuels, co-generation and the sale of electricity.

The Company has developed a world-class chemicals division that is tightly integrated with its oil refining segment, where feedstock is manufactured and sold for the production of high-added-value components, chiefly used in making next-generation plastics and biodegradable detergents. It has a significant presence in Spain and, by progressively internationalizing its activities, it is now also active in 15 countries, selling its products throughout the world.