Cepsa and PETRONAS have concluded the acquisition process for Cepsa to take over PETRONAS’ stake in the Bir el Msana (BMS) field in Algeria. Following the acquisition, the Company has increased its working interest in BMS, from 45% to 75%, with the remaining 25% belonging to Sonatrach (Algeria’s state hydrocarbon company).

The completion of the acquisition took place at an event held today at the Petronas Towers in Kuala Lumpur, Malaysia. The signing was attended on behalf of Cepsa by Francisco Claver, Cepsa’s Director for Algeria, while PETRONAS was represented by Azman B A Aziz, its General Manager for Strategy & Commerce.

The BMS oil field is located in the north-eastern Algerian desert, in the Berkine basin where, along with Sonatrach, Cepsa has led operations since 2013. Since starting up production in July 2015, the site now has three oil production wells, three water injector wells and one gas injector. Currently, the field produces around 12,500 barrels per day of oil.

The increase of Cepsa’s participation in this field reaffirms the Company’s commitment to Algeria, where it has been operating for over 30 years, and to Sonatrach, its strategic partner in the country.

Cepsa, alongside strategic partner Sonatrach, develops its operations in Algeria in two other important oil fields in the Berkine basin: the Rhourde el Krouf field (RKF) and the Ourhoud (ORD) field, which is the country’s second-largest and saw production reach 1 billion barrels in November 2017. In total, the fields operated by Cepsa in Algeria produce over 130,000 barrels per day. The Company has one other oil field in the Berkine basin: Rhourde er Rouni II, currently in the development phase.

In addition, the Company participates in the Timimoun gas field, which has been put into production recently. Cepsa also has a 42% stake in the Medgaz gas pipeline, an alternative route for supplying natural gas from Algeria to Europe via Spain. The underwater gas pipeline, operated by Cepsa, has a transportation capacity of 8,000 million m3/year and stretches 210 km.

Cepsa started its exploration and production activity in Algeria along with Sonatrach three decades ago, and later progressively extended its activity to other countries such as Colombia, Peru, Brazil, Suriname, Malaysia, Thailand, Malaysia, the United Arab Emirates, where it has recently expanded its portfolio with the concession of two new offshore fields, and in Mexico, a country in which Cepsa was recently awarded three hydrocarbon exploration blocks. 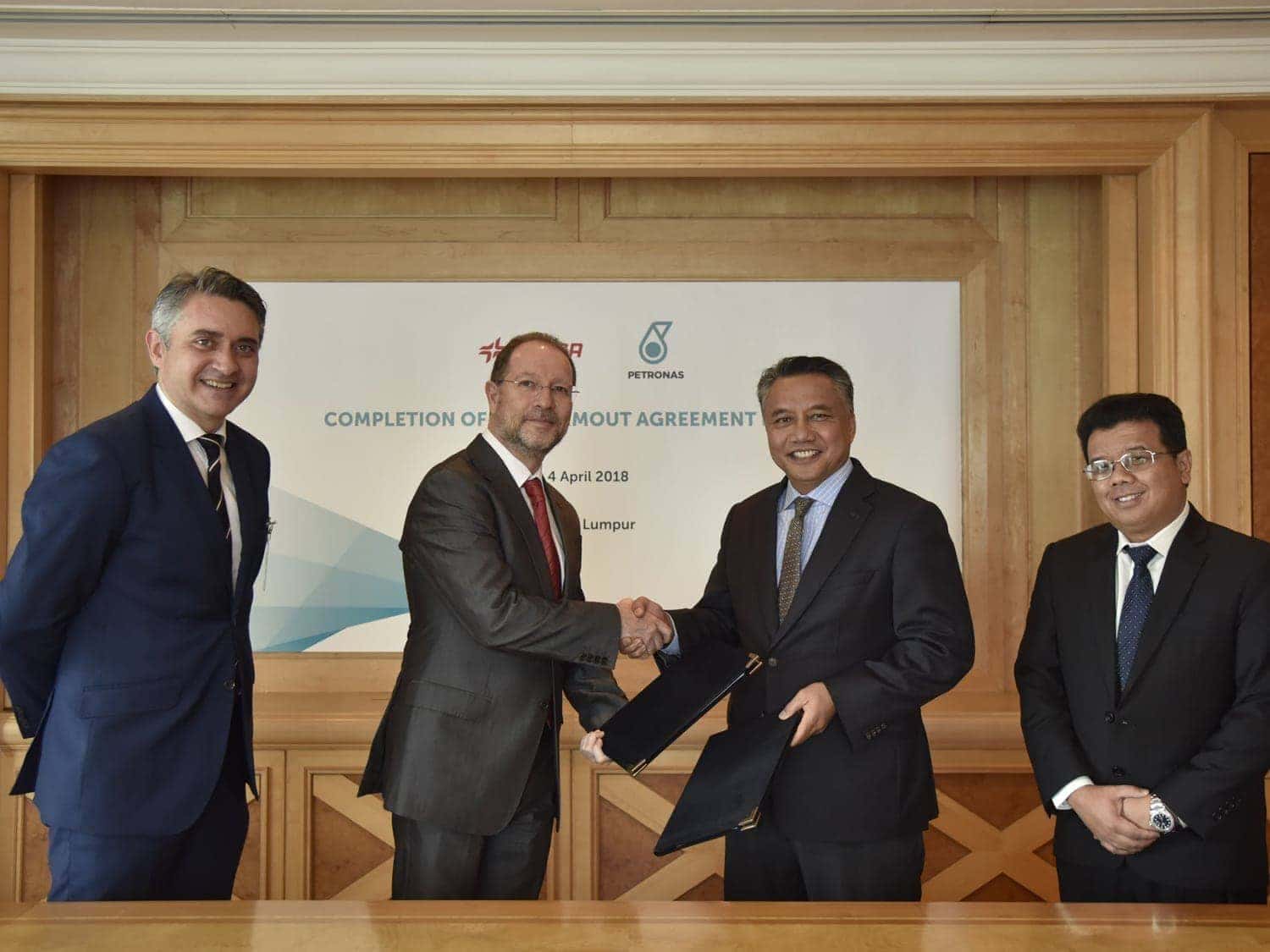