Cepsa has joined the #YosoyTenerife [IamTenerife] tourism awareness-raising campaign (promoted by the Island Council through the Tenerife Tourist Board) at an event to celebrate the signing of the declaration of the initiative - which took place this morning at the Company’s head office in Tenerife. The Chairman of the Island Council, Carlos Alonso; the Director of Cepsa in the Canary Islands, José Manuel Fernández-Sabugo, and the Minister for Tourism, Alberto Bernabé, became signatories to the document declaring the energy company’s commitment to the values of the #YosoyTenerife campaign and to the promotion of those values among its staff and customers.

The Chairman of the Island Council stated that the campaign “attempts to bring together the whole of Tenerife’s society to demonstrate their pride in being from Tenerife and, at the same time, to commit to making the island a better place”. Mr. Alonso highlighted the importance of Cepsa’s support for the campaign “because it is going to contribute hugely to spreading the word, among both the company’s staff and its hundreds of thousands of customers on the Island, as is demonstrated by this firm commitment to #YosoyTenerife”.

Carlos Alonso revealed that since the start of this initiative, “declarations have been signed with over ten organizations and groups, over 500 ambassadors have been appointed, and over 3,000 Infant, Primary and Secondary School pupils have received the training”.

In his speech, the Director of Cepsa in the Canary Islands, José Manuel Fernández-Sabugo commented that Cepsa, “which started out here in Tenerife, is honored to be part of this campaign to promote tourism awareness among the island’s population, with all that that entails, and because, apart from helping us in our day-to-day lives to be a little more conscious of the importance of this sector for our economy and well-being, it is also a factor that unites us - as it brings us all together to work toward a common purpose”.

Cepsa’s senior manager in the Canary Islands underlined the company’s historic commitment to the Islands (where the company originated almost 90 years ago), “and its decisive role in the economic development of the region where, constantly adapting to the needs of the Canary Islanders, it has always been ready to support the development of economic activity essential to the Islands’ survival, including ports and airports”.

By signing the declaration, Cepsa has placed its network of 29 fuel stations on the Island (which serve 120,000 customers per month) at the disposal of the #YosoyTenerife initiative. Posters and campaign materials will be placed in the Company’s service stations, and information brochures will be distributed to customers.

Cepsa will distribute the ten golden rules of #YosoyTenerife to its staff on the Island with the aim of promoting a stronger tourism culture, by highlighting the sector’s positive influence on improving the everyday life of the island’s population. Other commitments made by the company include the promotion of the campaign on Cepsa’s commercial website (cepsa.es), the sponsorship of a mural within the “Sumérgete en Santa Cruz” [Immerse yourself in Santa Cruz] campaign to promote the initiative as well as the values of #YosoyTenerife, and the dissemination of the campaign throughout its social networks.

Other points in the declaration include a pledge to continue the use of local suppliers in order to support the Island’s sustainability, and the design of audiovisual materials that incorporate some of the training and information activities undertaken by Cepsa or Fundación Cepsa, such as the company’s open days, educational visits organized as part of the Energy Campus educational program, the Cepsa-Santa Cruz Liaison Committee, etc. 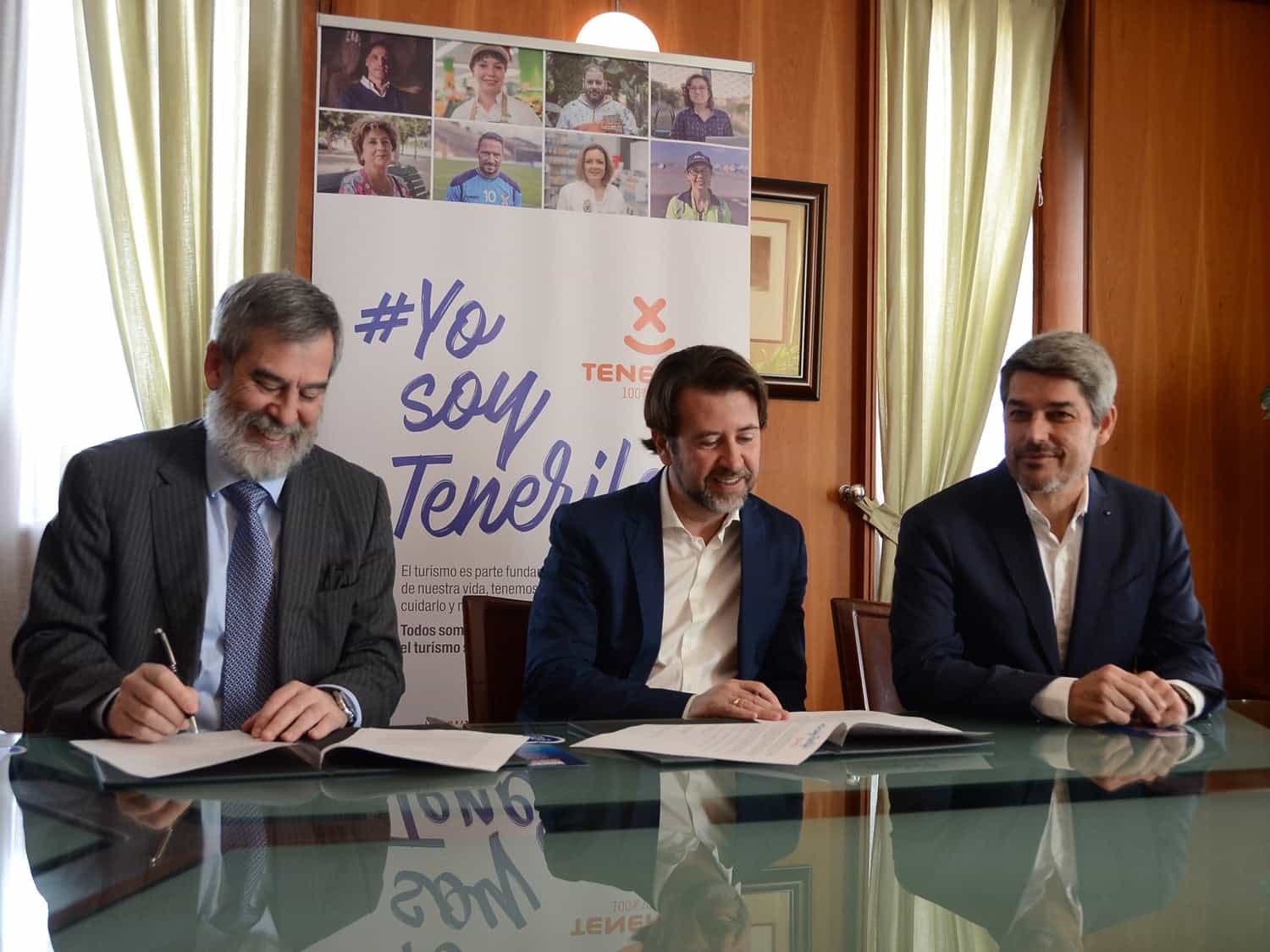