Cepsa has won the European Citizens Prize for Sustainable Development after obtaining the Environmental Product Declaration for LAB and LABSA production at its Spanish plant at San Roque and its LAB production in Canada (Béncancour). It is one of the first companies to receive this certification.

The European Citizens Prize is awarded to people and institutions who have made a difference in towns and among citizens, and who represent the best in social and cultural identity, as well as civic and democratic values. The prize was awarded to Cepsa in recognition of its sustainability and strength in the production of LAB, a field in which it is a world leader. The 21st edition of the awards ceremony was held at the Secretary of State Office for Information Society and Digital Agenda in Madrid. 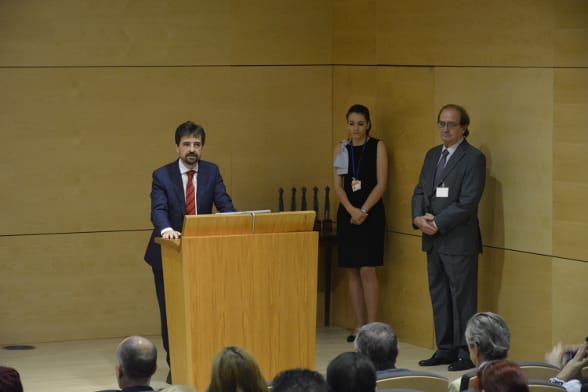 The prize makes Cepsa the world's only producer of LAB – the main material used in the manufacture of biodegradable detergents – to obtain an Environmental Product Declaration, a certificate that is based on the international ISO 14025 standard, which supports environmental information through Life Cycle Analysis representing a commitment to continuous improvement in sustainability-related matters. The methodology allows us to analyze and quantify the environmental footprint of the products at their different stages, from the extraction of the raw materials and the energy sources used in their production, right up to their final destination as waste.

The head of Cepsa's petrochemical division, José Manuel Martínez Sánchez, received the award from the president of the Citizen Prize Association, Víctor Jara, at a ceremony that ended with an address by Father Ángel, chairman of the Messengers of Peace Foundation.

Cepsa produces 42% of the LAB used in Africa, 26% in Western Europe, 30% in North America, 55% in Latin America and 74% in Spain. This makes up 15% of the total world share, equivalent to an annual production of 600,000 tonnes of this product, which is a basic raw material in the manufacture of biodegradable detergents. The company has chemical plants specialized in the production of LAB in Spain, Canada and Brazil.

Cepsa is an energy group wholly owned by Mubadala Investment Company. It employs close to 10,000 professionals and operates at every stage of the hydrocarbon value chain. It is engaged in petroleum and natural gas exploration and production activities, refining, the transportation and sale of oil and natural gas derivatives, biofuels, co-generation and the sale of electricity.

The Company has developed a world-class petrochemical division that is tightly integrated with its oil refining segment, where feedstock is manufactured and sold for the production of high-added-value components, chiefly used in making next-generation plastics and biodegradable detergents. It has a significant presence in Spain and, thanks to the progressive internationalization of its activities, it is now also active on several continents, selling its products throughout the world.