The Cepsa Liaison Committee learns about Cepsa projects for 2019

The Cepsa-Santa Cruz Liaison Committee held its first meeting of the year, in which the Company presented accounts for 2018 and informed it about the main projects undertaken in the first quarter of 2019, including those of Fundación Cepsa.

Four years after its inception, this committee, part of Cepsa’s transparent information policy, remains one of the channels through which the company’s listens and responds to the concerns of society locally.

At the meeting, Cepsa’s Canary Islands director, José Manuel Fernández-Sabugo, reported on the company’s global activity, both operational and commercial, in 2018. Investment exceeded EUR 2.2 billion, while the financial results were satisfactory.

He also discussed other aspects relating to the Canary Islands, such as the celebration of the Cepsa Canary Islands Suppliers Day; the Bunker area’s participation in the international Mid Atlantic Ship Repair & Supply Summit held in Gran Canaria last month; the use of Cepsa tars in the surfacing of Tenerife Norte airport; the good reception of Canary Island consumers for Cepsa’s butane cylinder; and the activity in support of the #Yosoytenerife (I am Tenerife) campaign in the company’s 29 service stations on the island.

Mr Fernández-Sabugo also recalled that the company would be compliant with the IMO 2020 regulations months before they come into force on 1 January; this will oblige ships to use fuel with a sulfur content of 0.5% or less, with the consequent benefit for the environment. This achievement has required substantial research and investment, but the initial tests have been successful.

The head of Environmental Protection, Maite Núñez, detailed the work carried out in the final phase of the soil decontamination in the Capitanía Marítima-Ligrasa zone (Valleseco). This finishes the recuperation of the soil in this part of the port, following the selective excavation and separation of the soil affected by hydrocarbon residues, and its subsequent cleaning and replacement in the same location.

Meanwhile, Belén Machado, head of Fundación Cepsa in the Canary Islands, showed those present the main activities of this body in the first quarter of the year. This began with intense and varied activity in the social, cultural, scientific-educational, environmental and sporting fields.

The year began with the presentation of the annual Social Value Awards, in which Fundación Cepsa distributed EUR 56,000 among the five winning NGOs, the 35th Canary Islands International Music Festival, and a busy program of inter-generational visits to the Palmetum in cooperation with the Sustainable Santa Cruz Foundation.

The members of the Liaison Committee also had the opportunity to give their opinions about the latest large-format mural artwork in the ´Sumérgete en Santa Cruz’ (Immerse yourself in Santa Cruz) project, at the entrance to the Valleseco neighborhood; the support for the programming of the Educational and Social Area of the Tenerife Auditorium; and the fourth edition of the Santa Cruz-Fundación Cepsa Indigenous Sports School. `

They also learned about the digital learning project in the third annual ‘Energy Campus’ classes, which will receive over 1,250 secondary school pupils from Tenerife, and the support for the First Lego League Canarias (a robotics competition for schools) and the Science Careers Fair organized by the University of La Laguna.

The Cepsa Liaison Committee is formed by a large group of representatives from different sections of the local society, including culture, the third sector, education, commerce, business, the environment and neighborhood organizations. 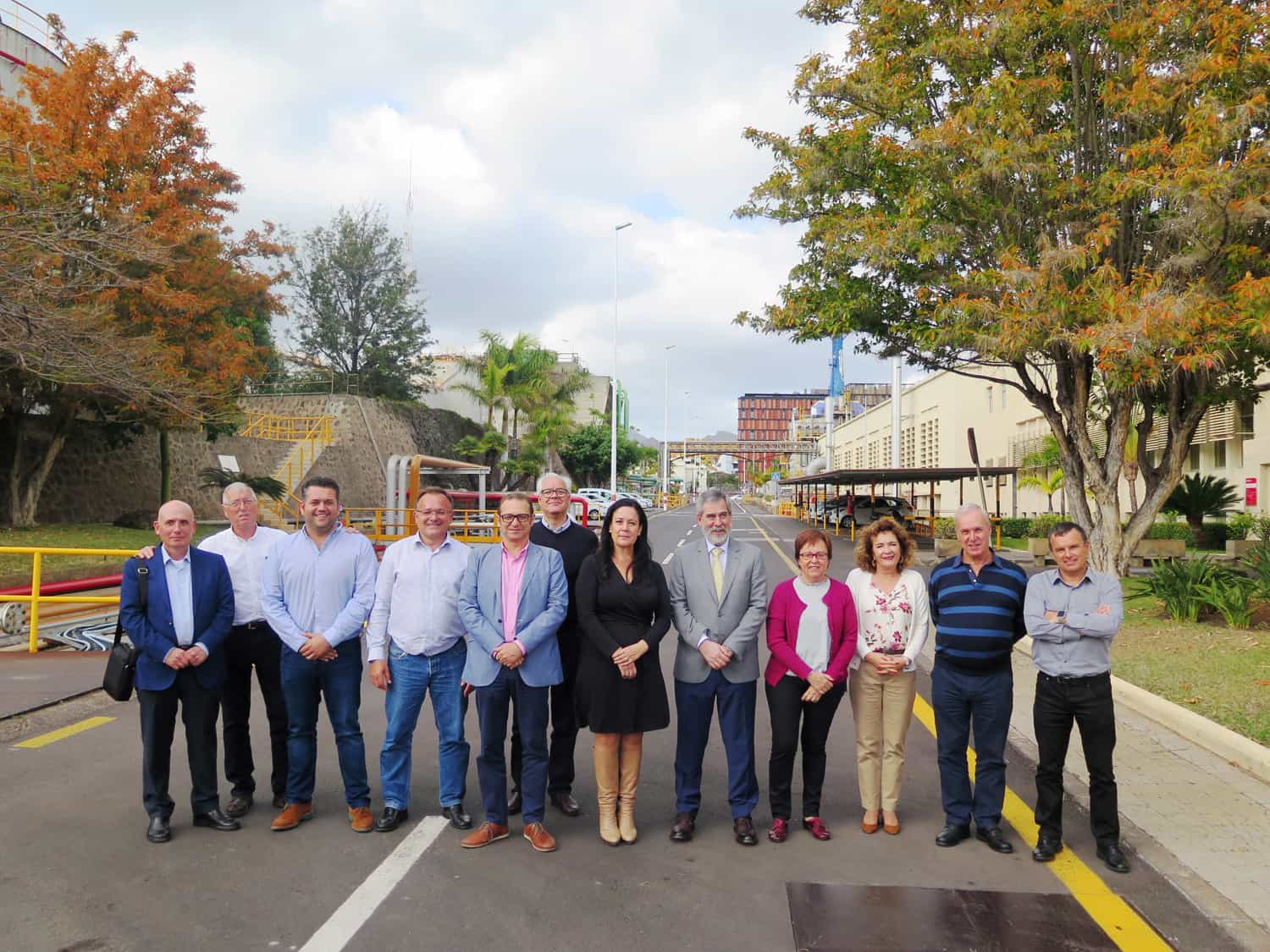