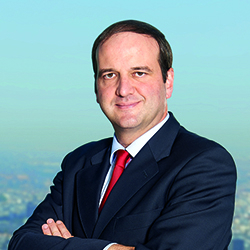 Mr. José Téllez Menchén earned his Law degree from the Autonomous University of Madrid (UAM) and completed his Master’s Degree in Law (Hons) at the IE (Instituto de Empresa) Law School. He is licensed as an Attorney and is a member of the Spanish Bar Association.