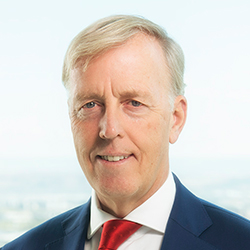 Marcel van Poecke, Having more than 25 years of experience in the energy sector, Marcel van Poecke is primarily an entrepreneur, investor and executive manager. He is Chairman of AtlasInvest, a private holding company he founded in 2007. AtlasInvest is engaged in investments across the broad energy spectrum.

Mr. van Poecke is also the Chairman of Oranje-Nassau Energie (ONE), an AtlasInvest portfolio company with oil and gas assets in the North Sea and West Africa, with a long track record of running a diversified upstream portfolio; Vice Chairman of the Energy Intelligence Board; and a non-executive Director on the Boards of Argos-North Sea Group, Hestya, VARO and Discover Exploration.

Prior to forming AtlasInvest, he founded Petroplus from a management buyout in 1993 and successfully led its growth into the largest independent oil refiner in Europe through several major acquisitions and divestments. Petroplus was taken private in 2005 in a transaction led by Carlyle/Riverstone and management. In 2006, Marcel exited Petroplus following the company’s successful IPO on the Zurich stock exchange. The transaction was the highest multiple return investment for the Carlyle/Riverstone Energy Fund.

Mr. van Poecke has a degree in agricultural business administration from University of Wageningen and an MBA from William E. Simon School of Management of University of Rochester.

Continue reading
Turn on notifications to stay up to date