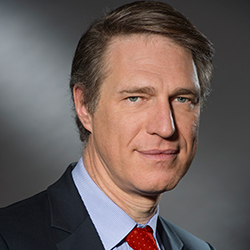 Previously, Mr. Boisseau served as President, Marketing and Services, a global division of the Total Group and a member of the Executive Committee of Total S.A. (EPA: FP), a French oil and gas company, from January 2012 to April 2016. Mr. Boisseau also served as President of Total Gas et Energies Nouvelles (Total Gas & Power), a division of Total S.A., from February 2007 to December 2011 and remained in charge of the New Energies activities until April 2016. He also previously served as a member of Total S.A.’s Management Committee since January 2005. He served as President, Middle East of Total S.A.’s Exploration & Production division between 2002 and February 2007 and, before that, as General Manager of Total Austral in Argentina from 1999 to 2002. From 1995 to 1999, he worked in several management positions within the Refining and Marketing division in the United States and France. At the beginning of his career, he served in various positions within French government ministries.

Mr. Boisseau is a member of the Regalwood Global Energy Ltd. Board of Directors and has also served as a member of the advisory board of the Energy Intelligence Group since 2018. He is also on the board of Assala Energy and Enermech, both Carlyle International Energy Partners assets. Mr. Boisseau also serves on the board of I-Pulse Inc. since November 2017. Finally, he serves as senior advisor to Tellurian Inc. a US gas liquefaction Company.