Acufade, distinguished with a Special Employee Award at the Social Value Awards 2021

The Asociación de Cuidadores, Familiares y Amigos de Personas con Dependencia, Alzheimer y otras Demencias (Acufade) has obtained a Special Employee Award from Fundación Cepsa for its proposal to create a care unit for mild cognitive impairment. This award represents an additional category to the recently awarded Social Value Awards, with the peculiarity that the winning projects are selected by energy professionals working in the countries where the Foundation operates.

In this edition, a total of four projects out of the 14 shortlisted by juries from Spain (Canary Islands, Madrid, province of Huelva and Campo de Gibraltar), Portugal, Colombia and Brazil have been distinguished.

Acufade's new care center for mild cognitive impairment will be located in La Matanza and its priority is to promote the improvement of the quality of life, symptoms and autonomy of people with mild cognitive impairment. In turn, it advocates the generation of preventive resources that can mitigate the effects of the development of different dementias.

This initiative aims to fill an existing gap in the stage of mild cognitive impairment, when people have the capacity to make their own decisions but begin to feel the effects of such impairment, and is committed to a multifactorial approach aimed at slowing its progression.

The initiative will directly benefit 80 people, a figure that rises to 320 if indirect beneficiaries are included. In this line, specialized services that are as individualized as possible, allowing for a significant improvement in the quality of life of these people will be offered. To this end, therapies will be implemented with a non-care approach, exploiting the potential of recent research in the field, in order to be able to design intervention plans adapted to each case.

The actions envisaged include the development of care programs for the beneficiaries, which will include a multifactorial intervention. To this end, we will focus on the review of nutritional patterns and healthy lifestyle habits, comprehensive physical assessment and the establishment of training plans, cognitive assessment and the application of cognitive stimulation activities adapted to each person, in addition to other aspects such as emotional support and specialized counseling.

Fundación Cepsa will contribute 15,000 euros for the development of this Acufade project, in addition to the 65,000 euros awarded last month in the Canary Islands to the six winning entities of the 2021 Social Value Awards, which on this occasion were the Red Cross, CEAR Canarias, the Canary Islands Mental Health Federation, the Anchieta Association for the Social Reintegration of Minors, the Nahia Welfare Association and the Hemophilia Association in the province of Santa Cruz de Tenerife (AHETE). Thus, the amount distributed in the Canary Islands in this edition of the Awards amounts to 80,000 euros.

Other recipients of the Special Award

Three other projects have been distinguished in the category of the Special Employee Award. This is the case of the 'Domestic help service-specialized, urgent intervention for cancer patients in a palliative situation', presented by the Huelva Provincial Board of the Spanish Association Against Cancer.

This is in addition to the 'Support program for relatives of people with intellectual disabilities' of the Adult Life of People with Intellectual Disabilities Association (AVADI), of Huelva.

Completing the list of award winners is the Karibu Association, Friends of the African People, from Madrid, which will implement the initiative 'Training for employment and support for social entrepreneurship aimed at sub-Saharan African immigrants'.

The granting of these four awards has been made possible thanks to the increase of the initial 45,000 euros, with the remainder from the distribution of the Social Value Awards in the different areas where Cepsa has an active presence. In this way, it has been possible to increase the Special Employee Award to a total of €60,000. 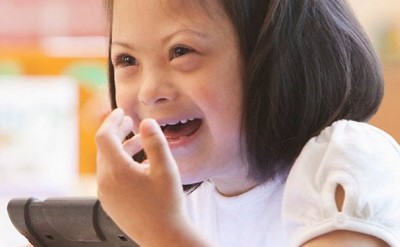