The head of Fundación Cepsa in the Canary Islands, Belén Machado, and the sponsor of the project, José Quintana, held a meeting with the director of Acufade, Elena Felipe, and the head of the project, Ylenia Cruz, to learn first-hand about the progress of this initiative, for which work is being finalized on the refurbishment of the island prevention unit in La Matanza de Acentejo, whose equipment will be made possible thanks to the economic endowment of the aforementioned awards.

Belén Machado highlighted the relevance of the new service, "which focuses on prevention as the main tool for enhancing the quality of life of the elderly, as well as playing a fundamental role in guaranteeing their autonomy." She also stressed the importance of having an entity such as Acufade with recognized experience and trajectory in this field, which will enable the expected results to be achieved.

For her part, Elena Felipe stated that "the aim of the service is to promote healthy aging" and to this end the company has opted for a project that aims to be a benchmark for the elderly, through which they can count on the advice and assistance necessary to prevent situations of dependence.

The initiative, which will directly benefit 80 people, and indirectly benefit other 320, will take place in a facility provided by the City Council of La Matanza de Acentejo, in the facilities of the Farmer's Market, Wine and Crafts of this town. Elena Felipe explained that this location is a key aspect, as it is a community space, which has a significant influx of people and with which the aim is to normalize the request for information, guidance and advice on a disease that is often considered a social stigma.

The project developed by Acufade focuses on prevention in elderly people who are in full capacity. In this case, we are committed to action guidelines to improve their condition and prevent the onset of dementia or situations of dependence.

Once the service is up and running, care will include a personalized program that will contain physical exercise and a diet adapted to each case, while at the same time promoting a social network that facilitates relationships, as well as memory training activities. Cognitive stimulation workshops, training and social awareness activities are some of the actions that will also be carried out.

In the event that people with signs of dementia come to this care unit, Acufade will focus its actions on referring them to other services provided by the association to this group. This way, they will be evaluated by a mental health professional and, subsequently, the most appropriate therapeutic activities will be prescribed for each case for their non-pharmacological treatment.

Acufade is an entity with extensive experience in the care of individuals and families with cognitive impairment. In this line, in 2014, it was recognized as the first entity in the Canary Islands accredited to provide services for the promotion of personal autonomy, a situation it maintained exclusively for five years.

The association has 140 professionals and serves more than 500 families, focusing its work mainly in Tenerife, although this year it has begun to expand to Gran Canaria. 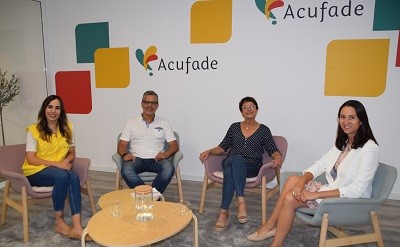