Fundación Cepsa has formed a partnership with the International Union for Conservation of Nature (IUCN) so that the former can receive advice from the latter as regards its environmental projects, as well as in the areas of ecological transition and protection of water resources, which form one of the foundation's strategic axes. More specifically, through this agreement IUCN will advise and guide Fundación Cepsa in the planning and development of nature conservation and sustainable development projects.

The IUCN is the world's leading authority on the state of the natural world and the measures needed to safeguard it, thanks to the diversity and extensive experience of its resources and the reach of its more than 18,000 experts and 1,400 members, including both governmental and civil society organizations.

The partnership between the IUCN and Fundación Cepsa has been sealed through the signing of a collaboration agreement at a ceremony attended by Cristina Ortiz and Íñigo Diaz de España, Director and Vice President of Fundación Cepsa, respectively, together with Antonio Troya and Mercedes Muñoz, director and technical manager of the IUCN Centre for Mediterranean Cooperation.

One of the initiatives on which both entities will collaborate is the La Laguna Primera de Palos project (Huelva). Through this initiative, launched 21 years ago, Fundación Cepsa and the Junta de Andalucía will work together on this wetland, which is part of the Network of Protected Areas of the Junta de Andalucía as a Natural Site, belongs to the Natura 2000 Network, and was declared a Wetland of International Importance (Ramsar Area) in 2006. This pioneering initiative in Spain has become a benchmark for this type of intervention, especially for its comprehensive approach addressing ecological and landscape recovery, without neglecting a strong educational component.

Another of the initiatives which they will work on is the Madrevieja Environmental Station in Cadiz. This research center has been funded and promoted by Fundación Cepsa since 2009. The objective of this project is to preserve biodiversity in a heavily industrialized and urbanized area at the heart of Algeciras Bay through continuous environmental improvements, environmental education and conservation.

Both entities will also collaborate on Fundación Cepsa’s S.O.S. Caretta: Fishermen for Biodiversity project, which aims to promote a closer relationship between the different actors involved in the conservation and rescue of sea turtles in Andalusia based on past experience and on a local scale, with particular emphasis on the fishing sector.

In addition to these projects, both entities will also work together on other initiatives such as the conservation of the Montagu's harrier and bats in the area of Alijar (Cádiz), the renaturalization of Las Mesas Park in the Macizo de Anaga World Biosphere Reserve (Tenerife) and conservation of Posidonia meadows through the creation of underwater forests.
Continue reading 2 min 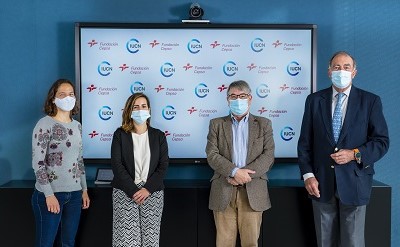