The joint committee of the UNED-1 Awards formed by the UNED in the Campo de Gibraltar and Fundación Cepsa has decided on these awards, which are granted every year to academic excellence in the categories of Humanities and Sciences and represent a scholarship to help the winners study.

In this third edition, students Davinia Bueno Giner in Science and Technology and Laura Cuenca Tirado in Humanities and Social Sciences were recognized for their efforts in their studies. Both were presented with an official diploma during the inauguration of the current academic year at the UNED.

Estrella Blanco, head of Fundación Cepsa in the Campo de Gibraltar, noted that “Fundación Cepsa continues to support quality education, committing to academic excellence and supporting students who make an effort beyond the curricular demands of their studies, in the firm belief that support for education contributes to improving the future of the Campo de Gibraltar.”

Cepsa, now through its Foundation, and the UNED in the Campo de Gibraltar have been collaborating for more than a decade to help students with the best records to continue their academic studies. In addition, thanks to the conferences with renowned people, experts in their fields, as part of the UNED and the Word cycle, hundreds of students of the Universidad a Distancia and residents of Campo de Gibraltar have been able to deepen their familiarity with other issues. This year's lecture, to be held on November 24, will be given by Jesús Martínez Linares, European ambassador for the Climate Pact, international UN observer and president of the Sustenta Foundation. 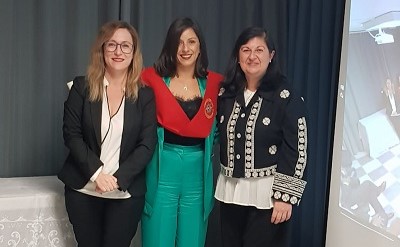