The advance of climate change and global warming make the transition to a new energy model that changes the paradigm of the last century increasingly urgent. A transformation that will not be possible without the digitalization of processes

The coming decades will be key to meeting the various climate agreements and ensuring a greener and more sustainable future. In this period of change, technology and digitalization will play a central role through different tools that companies and public agencies will use to facilitate the transition and apply it efficiently and effectively.

Terms such as Internet of things, big data, and blockchain were unknown a few years ago, but today many companies have already incorporated these technologies into their daily operations.

As the nomenclature itself indicates, big data refers to data sets that are so large, complex, and ever-expanding that conventional tools cannot process them. These packages have an intrinsic complexity, since much of the data generated by modern technologies is unstructured, and to use them efficiently they are often combined with structured data.

Big data is highly useful for companies because it provides solutions even to problems they were unaware of. By processing it with the right technology, big data can be processed and combined in any way. This makes problem identification easier and provides benchmarks.

As a result of this process, companies can react to setbacks more quickly and efficiently and reduce costs. Decision-making is also better with knowledge of big data, and organizations can develop products and services knowing what their target audience will be and what they want.

Thanks to the Internet of things and the cloud, Cepsa has improved the energy efficiency of its industrial plants and optimized production processes.

This is the case of Cepsa, which chose Amazon Web Services (AWS) as a cloud computing provider, combining its different services to link the more than 300,000 sensors located in its manufacturing facilities, refineries, and chemical plants in Spain, Brazil, and China. Thanks to this connection between sensor information and the cloud, the company can identify incidents more quickly or detect operational trends. 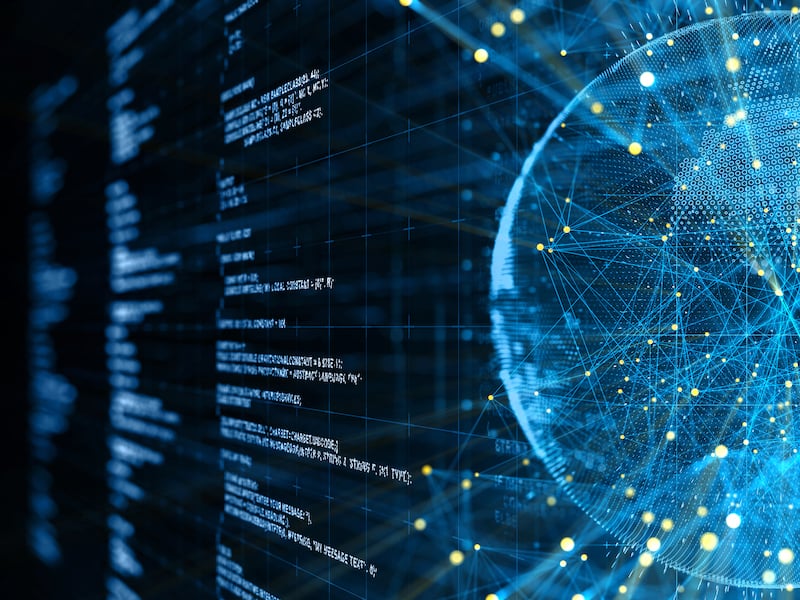 In addition, at its La Rábida energy park in Palos de la Frontera (Huelva, Spain), the use of AWS technologies has made it possible to optimize phenol production, thanks to recommendations on the use of raw materials and energy resources. The result has been an increase in production, while CO2 emissions have been reduced by 1,500 tons per year.

Machine learning is closely linked to big data, and both can be used in combination to maximize their virtues. This technology uses artificial intelligence to create intelligent machines, i.e., systems that learn automatically. They process as much data as possible to assimilate algorithms that predict future behavior.

Therefore, these devices become big data assimilators, which process volumes of information in search of patterns, problems, and solutions. The great advantage of machine learning is that autonomous learning also means that they improve on their own without the need for human intervention.

Machine learning and big data can be combined to search for patterns, problems, and solutions without the need for human intervention.

In terms of energy transition, the combination of machine learning and big data is already being used in so-called energy management systems or VPPs (Virtual Power Plant). These platforms allow the energy consumer to become a producer who generates and stores energy at home efficiently, thanks to consumption prediction and short- and medium-term generation to choose when to buy and when to sell energy.

The agreement between Cepsa and AWS allowed the energy company to be the first in Spain to use machine learning for maintaining its two refineries in La Rábida (Huelva) and Gibraltar-San Roque (Cádiz). Amazon Lookout for Equipment is the name of this technology, which collects data from plant sensors to automatically learn to predict equipment anomalies or identify sub-optimal performance.

Blockchain is a tool that has gained popularity in recent years, mainly with the advent of cryptocurrencies, but it can also be useful in other areas. It is a system that eliminates intermediaries, leaving the control of the entire process in the hands of the users themselves.

The blocks that make up this network are linked to each other and encrypted to protect their security, becoming a private database. To operate properly, there must be a certain number of users in charge of verifying and approving all the movements made per block, in order for it to be valid and registered. An example of its usefulness is its application by public agencies to ensure transparency in their actions.

Blockchain represents a breakthrough in security, as the information is encrypted and the users themselves control the entire process without intermediaries

Its applications are endless, and it is already used, for example, in systems that facilitate shared mobility. For example, Tesseract is a project that would make it possible to register the vehicle owner, calculate travel costs, and give companies and individuals access to shared trips, taking advantage of the synergies generated by the same mobility needs and thereby reducing energy consumption.

All these technologies are relatively recent and will have to be implemented and explored gradually, but their common link is that, when applied to the energy transition, they represent a step forward from which society can benefit in order to fulfill its commitment to the environment.