"Energy self-consumption is a real opportunity for rural areas"

Heroes of the transition
Wednesday, June 8, 2022

In contrast to the idea of a 'two-speed' Spain, Francisco García, mayor of Almócita, shows how digitalization and energy transition can promote new sustainable ways of life in villages

Almócita, a small town in Almeria’s Alpujarra region with only 194 inhabitants, has dazzled Spain and Europe. Why? Because it has promoted a sustainable development model that challenges rural depopulation and climate change with advanced proposals for energy self-consumption, digitalization, waste management and community eco-agriculture. The person behind these initiatives, which helped the town win the Conama 2020 Foundation Award for Sustainability, is its mayor, Francisco García, who has worked non-stop since 1995 to create a sustainable development model that uses agroecology, culture and participatory democracy as its core strategies. We spoke with him about the new challenge he has set for the town: creating a photovoltaic energy community.

Rural depopulation, a trend that is part of the ‘empty Spain’ phenomenon, is one of the great demographic challenges facing the country. Some estimates suggest that 70% of the world's population will be living in large cities by 2050. How is this reality affecting Almócita? What measures is the Town Council taking to try to reverse it?

I do not like the concept of 'empty Spain' because it does not reflect the reality of rural Spain. Rural environments are underpopulated, not empty. Many of us here continue to work and fight to move our towns forward. What are those of us at the Almócita Town Council doing to try to attract more inhabitants to the town? We’re adopting sustainability measures with the intention of creating an environment that is attractive to those seeking a cleaner, more cyclical and more environmentally friendly way of life. So that, at the end of the day, we can create an environment in direct contact with nature, that our neighbors, old and new, can be proud of. Another measure we put in place so that we could attract people from outside the town was renovating five municipal housing units and placing them on the real estate market, which we rented to foreigners and to some families who have already settled in the town permanently. In addition, we took inventory of the town’s vacant homes and talked to their owners about the possibility of renting them out.

The pandemic has brought a new set of circumstances that could help alleviate the excessive population density that large cities face. Teleworking, digital nomads, the neo-rural movement, people that are fed up with the city... How do these new phenomena fit into Almócita's strategies to attract new inhabitants to the town?

In the last two years about twenty new residents have settled down in the village, and given that our total population is less than 200, this is quite a significant figure. Having full access to communication channels with the outside world, both physical and digital, is essential to attracting new residents. In fact, our town has a broadband system that works very well and has already made it possible for us to have residents who live here all year round and telework for companies in Madrid and other places, for example.

In the midst of escalating electricity prices, many people are turning to renewable energies and the opportunities offered by self-consumption, for example, in photovoltaics. Can these changes present opportunities for rural areas?

Self-consumption is a real and very clear opportunity for rural areas. For example, in a village it is easier to install photovoltaic energy than in urban areas because many of the houses are single-family homes and their owners do not need their neighbor’s approval to put solar panels on their roofs. 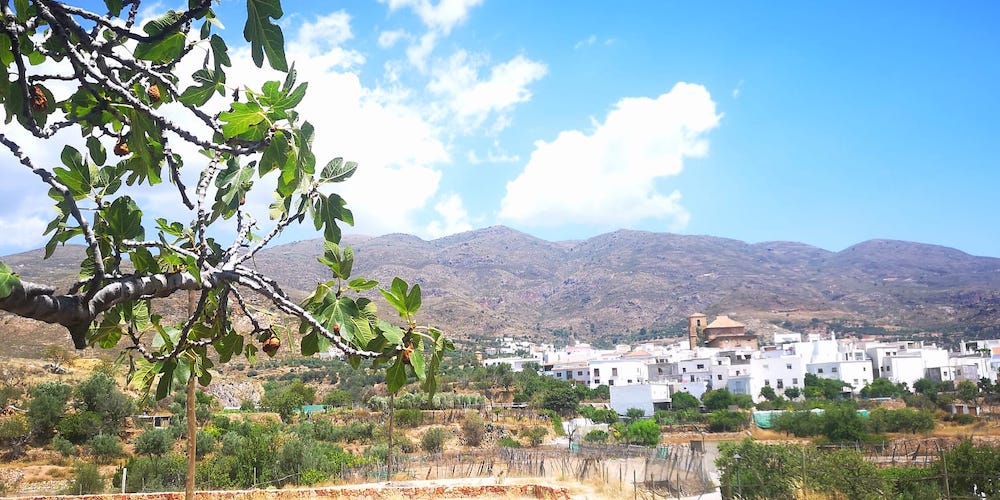 As far as trying to provide alternative solutions to the energy problem goes, Almócita has become the second municipality in Spain to create a photovoltaic energy community. How did the idea for the project come about? What does it consist of?

We wanted to be an energy self-sufficient town council, and not only as a way to save energy, but also as an instrument that, if necessary, would allow us to provide support and supply coverage to neighbors who needed it, so that no one would have to deal with energy poverty. We already have more than 1,000 solar panels mounted on different municipal buildings, which produce 50 KW for our consumption while also producing a surplus. During the second phase, we wanted this experience to encourage other citizens to hop on the self-consumption bandwagon. So a project started to take shape where the Town Council and the residents themselves worked to create an energy community. Although we are still in the process of setting it up, there are already more than 20 people interested in participating.

What can this Energy Community mean for village life?

I am convinced that this project will enrich our town. It’s an energy community of energy consumers and producers where each neighbor will always know how much energy they are producing and consuming. In addition, by adopting the legal status of a cooperative, the Energy Community cannot generate profits, so any surplus produced will be reinvested in social initiatives for our residents and in improvements for the community. 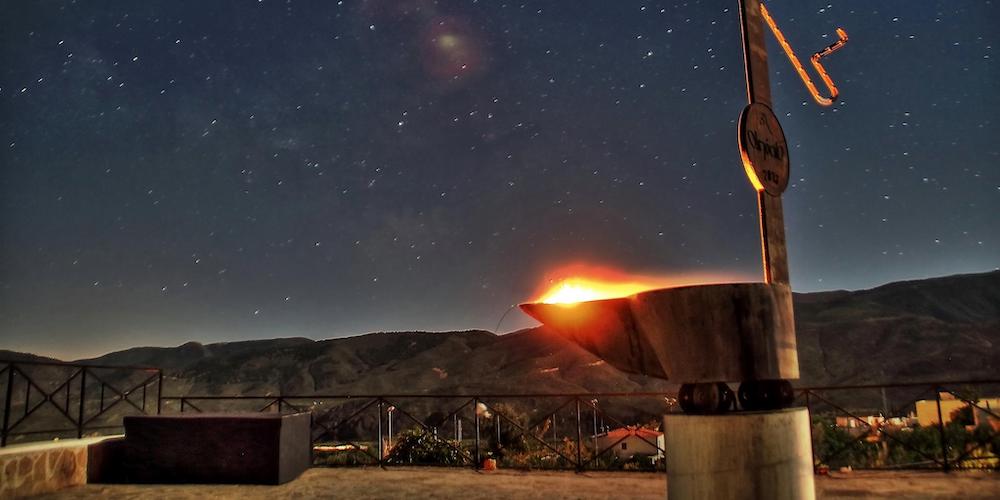 Technology plays an essential role in the project, to the point that Almócita’s efforts have been regarded as an example to be followed at the European level. A digitalization project that, on paper, could clash with those segments of the population that are less tech-savvy. Does this digital divide put smaller towns at a disadvantage compared to larger cities? To what extent does this problem exist in the town? What measures are you taking to overcome it?

I don't think we currently have a big digital divide here: there are older people in the village who are very involved in social networks and quite active digitally. We’ve been working in many different ways to reduce this gap for years. And in some way, the pandemic has also made a difference, as many people have had to learn to use remote communication tools to keep in touch with their loved ones. What are the disadvantages? There are some very old people who are a little late to the technology game, but that happens in big cities just as much as it happens here.

The Almócita energy community is a very ambitious project. What have been the main challenges and difficulties you have had to overcome to carry it out?

The main stumbling block is that it’s such an innovative project that we had no examples to follow. No one knew exactly what steps we should take. For example, it took us some time to decide which legal status would best suit the project. At first we considered creating a non-profit association, but finally we opted to become a cooperative because we thought it would give us more legal backing.

What role has public-private collaboration played in the process?

Both our neighbors and our tech partner, as well as the rest of the administrations -especially the central government- have been very eager to see this pilot project pull ahead. 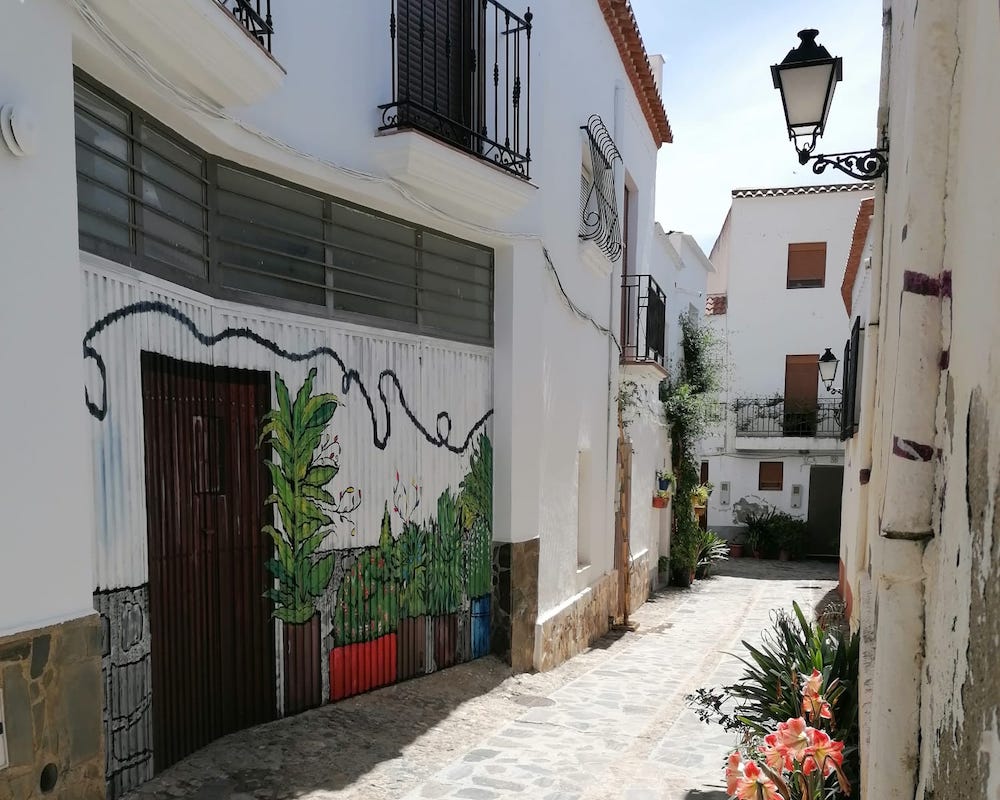 Tell us a little more about citizen participation.

Building an energy community without the active participation of our neighbors would have been quite impossible. We speak from an emotional point of view, since the project can only be sustained if it has the support of citizens who are responsible and aware of environmental problems. But there is also a legal implication, because a cooperative needs individuals, citizens, who freely join it.

Everything seems to indicate that sustainability and circular economies will be two of the biggest vehicles of change for the post-pandemic world. And in this area, rural areas could have an advantage. In Almócita’s case, different projects outline a very clear strategy towards these initiatives. What are these projects and why are they so committed to sustainability?

Sustainability projects bring value to the people. For example, we seek to enrich our lands through various initiatives related to organic farming. One of these initiatives are our food co-ops, where a fair price is set at origin for both the farmer and the consumer. Through these co-ops, non-conventional agroecological products are being marketed not only in the village, but also in Granada and the Alpujarra area. We also have a community chicken coop and a network of seven families take turns caring for the animals on a weekly basis. There is also a community garden where different families have their own small plot of land to grow seasonal produce. The harvest is for self-consumption and all surpluses are given to the co-ops.