On land we are used to looking at mountains and forests, but we forget to turn our eyes to what can be found underwater in our oceans. Immense underwater meadows in the Mediterranean store high amounts of CO2 and are particularly sensitive to greenhouse gas overload.

Under the turquoise waters of Ibiza and Formentera, in the natural park of Ses Salines, there is a huge underwater meadow of Posidonia seagrass that does not show up in Instagram photos. This bright green meadow is over eight kilometers long, more than 100,000 years old, and does not exist in any other sea on the planet. It has been a UNESCO World Heritage Site since 1999, and in recent years it has begun to dwindle and shrink.

Every year, a few words are incorporated into our everyday vocabulary that reflect changing trends of contemporary life: confinement, escrache, selfie, emojis, or the metaverse. Posidonia has long since emerged from its seabed anonymity and the confines of scientific jargon and has begun to draw our attention, forming brown strips of vegetation on the shorelines as a distress signal. It is mistaken for seaweed, but that is not what it is. The plant has a root, leaves, and a stem, like terrestrial plants.

Three quarters of the planet Earth is water and 97.5% of it is salt water. On land we tend to look to the mountains and forests as biosphere reserves and CO2 filters, but we forget to consider the oceans. Vast underwater Posidonia seagrass meadows in the Mediterranean store more CO2 than forests and are particularly sensitive to greenhouse gas overload.

Posidonia oceanica or posidonia mediterranea is an aquatic plant endemic to the Mediterranean Sea. It blooms in autumn and produces a kind of fruit that resembles a sea olive. These plants grow on shallow sandy bottoms, seeking sunlight and grouping together to form vast meadows (marine phanerogams) that are absolutely essential to the marine ecosystem and to the balance of the planet. They function as a natural barrier to protect the coast from erosion and are an important CO2 sink (in fact, this carbon is called blue carbon). They are also a habitat and refuge for millions of species - 400 plants and a thousand animal species - explains Silvia García, researcher at Oceana, an international organization dedicated to ocean conservation since 2001, with specific lines of work that have raised awareness, educated and helped legally protect this underwater heritage site. 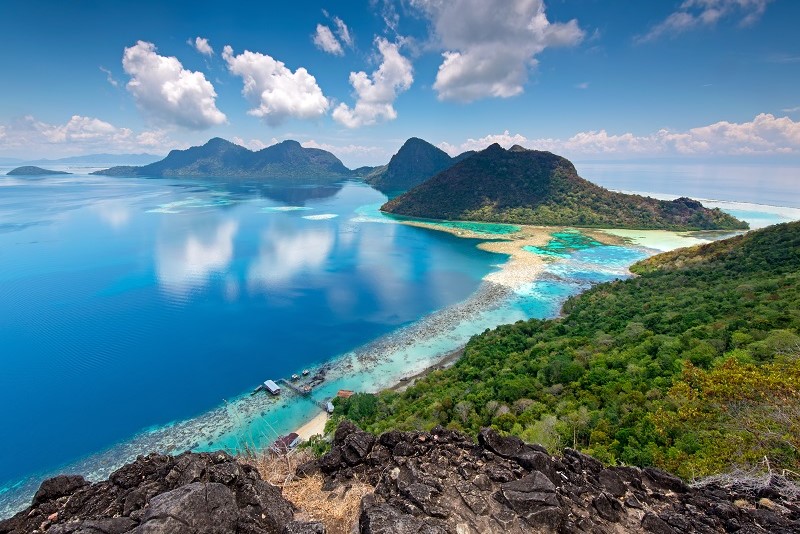 This marine biologist points out that Posidonia seagrass has another unique characteristic: it is highly sensitive to turbidity and pollution. "It reflects the state and quality of the Mediterranean Sea’s sick waters, and this plant is the symptom." The meadows generate between four and 20 liters of oxygen per square meter per day, constituting one of the most important sources of oxygenation in the Mediterranean. Part of this oxygen is released into the earth's atmosphere during periods of maximum productivity. Posidonia seagrass makes terrestrial forests 20 times more capable -per unit area- of capturing carbon dioxide (CO2), generating oxygen, and filtering that layer of polluting gases that causes global warming and, of course, it thus helps to combat climate change. The more coastal pollution increases, the more the Posidonia meadows and their capacity to be the Mediterranean’s carbon sink shrink.

The Spanish Institute of Oceanography created an atlas of seagrass meadows to help people study and protect them, given how rich this ecosystem is. According to data from the Save Posidonia Project Foundation, the Balearic Islands have 55,795 hectares of Posidonia meadows; 7,650 hectares of which are found in Formentera, equivalent to 76.5 million square meters of underwater forest that must be protected.

To protect them, the Life Posidonia project has installed ecological buoys and offers other keys to help preserve this age-old expanse of plants: not anchoring on them, warning of the presence of invasive algae, controlling floating and flapping, or taking action as a volunteer in defense of the oceans are some of these best practices.

Life Blue Natura is another initiative that seeks to protect these underwater meadows, specifically those found along the Andalusian coast. Emerging from the Life Posidonia Andalucía project (2011-2014), champions of this initiative state that its purpose is "to learn about the role of blue carbon sinks, since we do not know how phanerogam meadows and tidal marshes in Andalusia function as these". Fundación Cepsa has been one of the project's co-financiers in recent years.