From using cooking grease to making airplanes fly to green ammonia in cargo ships, technology is responding. But without personal commitment, everything becomes more difficult.

There is a long and lonely road ahead towards the decarbonization of transportation. Especially for large goods. Heavy vehicles, aircraft, ships.

Transportation is one of the main emitters of greenhouse gases. 20% each year. It is therefore essential for it to achieve the goal of net zero emissions. It has to do so, moreover, working against time. According to Schroeders, the world population will reach 8.5 billion in 2030, some 9.7 billion in 2050, and by the end of the century, around 2100, roughly 11.2 billion human beings will inhabit this common home of land, clouds, water, and fog. The challenge is even more difficult in emerging countries. Between 1998 and 2018, for example, transport emissions grew twice as fast as Nigeria's GDP and six times as fast as Nepal's. The gases, unfortunately, will continue to rise into the atmosphere. They will grow by 20% by 2050. The most ambitious proposals speak of a 70% reduction, but reaching zero is still unfeasible. Unfeasible?

Let's start with the skies. A Boeing 787-10 Dreamliner (one of the most widely used models by U.S. airlines) can travel 12,874 kilometers while carrying 300 passengers and their baggage. A battery with the equivalent energy would weigh almost three tons. Current engineering states that it is impossible to electrify airlines. This does not mean that there are no options. Hydrogen, which can be produced from water and renewable energy, is already being experimented with in small aircraft, and another possibility is to "reduce the weight of airplanes," says aviation expert Val Mifakhov.

The sector may not be able to go fully green, for now, but it can certainly lighten the color. Several refineries and airlines are experimenting with sustainable aviation fuel (SAF). Cepsa, which already collaborated with Iberia, Iberia Express, Air Nostrum, Vueling and TUI, recently signed dan agreement with Etihad to develop this type of propulsion, which reduces CO2 emissions by up to 80% compared to traditional methods. It is also working on the same strategy with other airlines. "The goal is to transform the air transport model towards a more sustainable one," summarized Carlos Barrasa, director of Commercial & Clean Energies at Cepsa.

This fuel, which "drives" with the same power as the more common Jet A Fuel, can be extracted from waste such as cooking grease. For now, regulations only permit the use of 50% in an aircraft's fuel load. However, in private demonstrations it has worked at 100% and the "engineers are quite happy," Amanda Simpson, head of green initiatives at the European Airbus consortium, tells The New York Times.

From heaven to earth. If we want to decarbonize heavy haulage, we have to understand that we need materials. Hence, the historically tough Swedish steel strives to be green. In Boden—a city bordering the Arctic Circle—an emerging firm called H2 Green Steel (H2gs) is building (4 billion euros) the first foundry in Europe in almost half a century. The metal will be manufactured with renewable energy and will employ 1,800 people. In the short term, says Anna Mettler, an expert at Breakthrough Energy, a Bill Gates-backed venture capital firm, these proposals will mark the renaissance of heavy industry in the Old Continent in the post-fossil fuel era. However, the plant is not isolated in these lands of northern lights and freezing temperatures. The consultancy firm Material Economics has identified—according to The Economist—some 70 projects in Europe whose essence is to commercialize technology that reduces carbon emissions in basic sectors, such as steel. "Decarbonizing these industries has gone from being 'mission impossible to mission possible'," stated Adair Turner of the think tank Energy Transitions Commission. 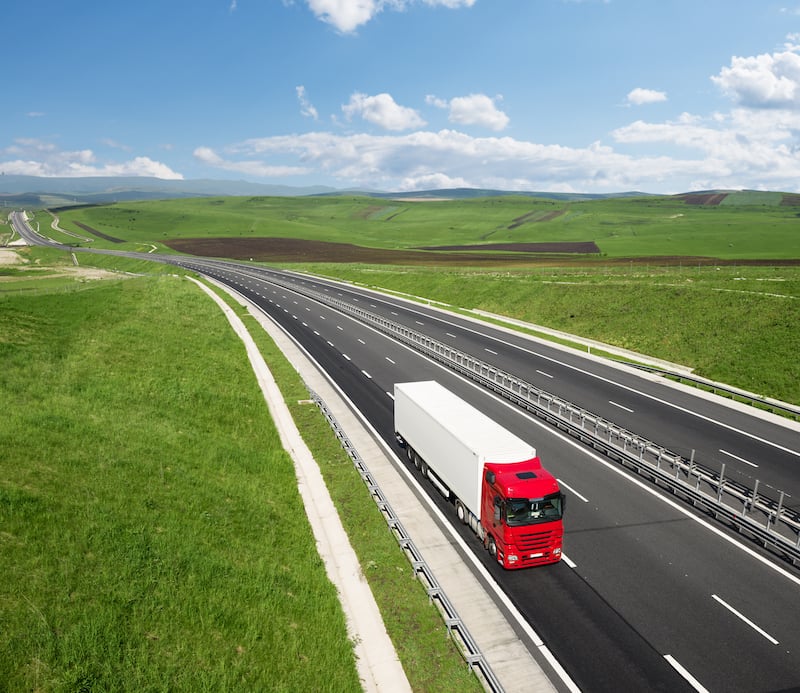 In March, an self-driving16-axle truck spent five days delivering goods between Dallas and Atlanta. It traveled 10,138 kilometers, completed four routes, and unloaded eight times. It was the result of a collaboration between Kodiak Robotics—an emerging organization specializing in robotic trucks—and U.S. Xpress, the classic transportation company. It is a test of where decarbonization is headed in this sector. Precise deliveries, in less time, respecting speed limits; and of course, reducing fuel costs. Recent work by the University of California found that autonomous vehicles save 10% in gasoline consumption. Kodiak already has seven routes covering Dallas, Houston, Austin, San Antonio, Atlanta, Oklahoma, and Jacksonville. "We plan to run our first driverless rides starting in the next two years," revealed Dan Goff, Kodiak's head of external relations. Now on all trips they have "safety drivers" to handle situations such as accidents, vehicle breakdowns, and interacting with the authorities.

From heaven to earth and from earth to sea. The decarbonization of large cargo and container ships is a planetary puzzle. So difficult that it was not part of the 2016 Paris climate agreements. By 2050—according to World Economic Forum estimates—they will account for 10% of the world's total emissions. If we consider that aviation accounts for 2% we understand the gravity of the challenge. Of course, electrification is out of the question. The ship would take on water. Although the sector has resources to protect against strong waves. The use of green ammonia—a non-polluting fuel, which can be "extracted" from the electrolysis of water powered by renewable energy—and also, for example, traveling in "low gear." A 20% reduction in ship speed saves 24% in carbon dioxide. Another option is to use advanced biofuels (2G), which are produced from used oils and fuel with a very low sulfur content. This biofuel has already been successfully tested by Cepsa. In fact, it can reduce carbon dioxide emissions by up to 85% compared to traditional fuels.

We must trust in the capacity of human beings to give the best of themselves in the most difficult times. For centuries, trains have accompanied the economic and social growth of mankind. Parallel Systems is a company envisioned by former engineers from SpaceX, founded by one of the richest men on the planet, Elon Musk, "to create battery-powered autonomous rail vehicles." "Our mission is to decarbonize freight by building a cleaner, more automated rail world," a Parallel spokesperson explained. Rail is responsible for the emission of 444 million metric tons of CO2 and 7% of greenhouse gases. Parallel's reasoning focuses on a green light at the end of the pier. Only 3% of the 225,000 kilometers of track that make up the U.S. rail system are used. They are more flexible than traditional trains, allowing for efficient delivery times. But its best face is for the environment. They only use—according to their calculations—25% of the energy compared to a semi-truck and reduce carbon emissions drastically. Although you don't have to go that far to "reinvent the train." A hydrogen-powered project already exists in Spain. Led by Talgo, it is designed for commuter and medium-distance trains. Perhaps the most interesting thing is that it can run on 40% (80,000 kilometers) of the non-electrified tracks, that is, CO2 free, in Europe.

It is the time, it is the moment. The future is happening while you read these lines. It is in the voice of the experts. The commitment. You only need to listen. "The transport sector has taken on, in line with the strategy for smart and sustainable mobility, the objective of reducing 90% of greenhouse gas emissions by 2050," predicted Cándido Pérez Serrano, partner in charge of Infrastructure, Transport, Government and Healthcare at KPMG in Spain. The future is clear for the analyst. Research in innovation in the development of new energy and mobility models will mark the priorities of, among others, manufacturers, energy companies, transport operators, and infrastructures. The curvature that defines the planet.

Society has been asking for some years now, why is it so difficult to decarbonize the world's transportation? The easy answer is to think that the right technology does not yet exist. Perhaps in some activities it is still impossible to reach net zero emissions. However, what is more difficult than technology is to change the status quo of a society that views driving private cars or airplane flights as inalienable privileges. 80% of the planet's population has never flown. Perhaps frequent travelers should pay higher rates. Efforts to decarbonize clash with this "unsupportive" behavior. We must recover that time when the stars were bright enough to rival the lamps.

Miguel Ángel García Vega
He has been writing for EL PAÍS for some 25 years, currently for Cultura, Negocios, El País Semanal, Retina, Suplementos Especiales, and Ideas. His texts have been republished by La Nación (Argentina), La Tercera (Chile) or Le Monde (France). He has received, among others, the AECOC, Accenture, Antonio Moreno Espejo (CNMV) and Ciudad de Badajoz awards.