The choice of Cepsa, which is wholly-owned by Abu Dhabi’s Mubadala Investment Company and operates across the entire oil and gas value chain, underpins ADNOC’s strategy to maximize returns from its resources, expand its Downstream business, and retain value for the UAE.

The concession area is made up of two main fields under development, Umm Lulu, which is part of the former ADMA offshore concession, and SARB, as well as two smaller fields, Bin Nasher and Al Bateel. The ADMA concession has been split into three new concessions to maximise commercial value, broaden ADNOC’s partner base, expand technical expertise, and enable greater market access.

Cepsa contributed a participation fee of AED 5.5 billion ($1.5 billion) to enter the concession, which also takes into account previous ADNOC investments in the concession area. ADNOC retains a majority 60% stake in the concession that will be operated by ADNOC Offshore, a subsidiary of ADNOC.

The agreement, which has a term of 40 years and an effective date of March 9, 2018, was signed by His Excellency Dr Sultan Ahmed Al Jaber, ADNOC Group Chief Executive Officer, and Pedro Miró, Vice Chairman and CEO of Cepsa.

H.E. Dr Al Jaber said: “This long-term agreement is a milestone in the development of Abu Dhabi’s integrated oil and gas sector and in the delivery of ADNOC’s 2030 smart growth strategy. This partnership ensures we continue to maximise value from our hydrocarbon resources, in line with the leadership’s directives, by capturing that value and financial return here in the UAE.

“The agreement also reflects ADNOC’s new partnership approach, as we expand and diversify our partner base across ADNOC’s integrated value chain. Reflecting our strategic approach, we are also working with Cepsa as we explore expansion opportunities in our downstream business in the UAE and overseas, that will deliver competitive returns and long term growth opportunities for both parties, and for the UAE.”

Cepsa, which has been operating in the energy sector since 1929, has businesses in over 20 countries across five continents. Its operations span exploration, production, refining, distribution and marketing, chemicals, gas and power, trading, bunkering and renewable energy sources. It is the world’s largest producer of Linear Alkyl Benzene (LAB) and also the leading producer of cumene and the second in phenol and acetone, thanks to its seven chemical plants, in Europe, Asia and the Americas. In 2016 it produced 35.4 million barrels of oil, distilled 158.7 million barrels of crude oil and sold 28.3 million tons of petroleum products.

Miro said: “This concession agreement marks an important moment for Cepsa and our close relationship with ADNOC, with whom we are working with on a number of projects in the upstream, downstream and petrochemical sectors. It will add substantial reserves, in a concession with relatively low production cost, to our portfolio, and will enable us to make considerable strides towards achieving our objectives, as set out in our 2030 Strategic Plan”.

In November 2017, ADNOC and Cepsa signed a framework agreement to evaluate a new world-scale Linear Alkyl Benzene complex in Ruwais, Abu Dhabi. LAB is the most common raw material in the manufacture of biodegradable household and industrial detergents. It is also used in house cleaners, fabric softeners, and soap bars.

The companies plan to progress the basic engineering of the proposed LAB complex in 2018. It is envisaged the facility will be integrated with the Ruwais refinery complex, and will incorporate DETAL-PLUSTM technology.

According to Cepsa, the offshore concession agreement strengthens its energy model and long-term strategy, and is in line with the company’s forecasts as outlined in its Cepsa Energy Outlook 2030 report for world demand for oil growth in the coming years.

The agreement increases Cepsa's presence in the UAE, a strategic country for the company where it has operated in both exploration and production and bunker activities since 2013.

In support of its expanded 2030 strategy, ADNOC plans to grow its crude refining capacity by 60 per cent and more than triple its petrochemical production, to 14.4 mtpa by 2025, through a staged expansion plan aimed at initially optimizing its existing assets to grow and diversify its products portfolio, as it delivers its strategic imperatives of a more valuable Upstream, more profitable Downstream and an economic and sustainable supply of gas.

ADNOC is finalizing concession agreements with potential partners for the remaining stakes in the SARB and Umm Lulu, the Lower Zakum and the Umm Shaif and Nasr concession. 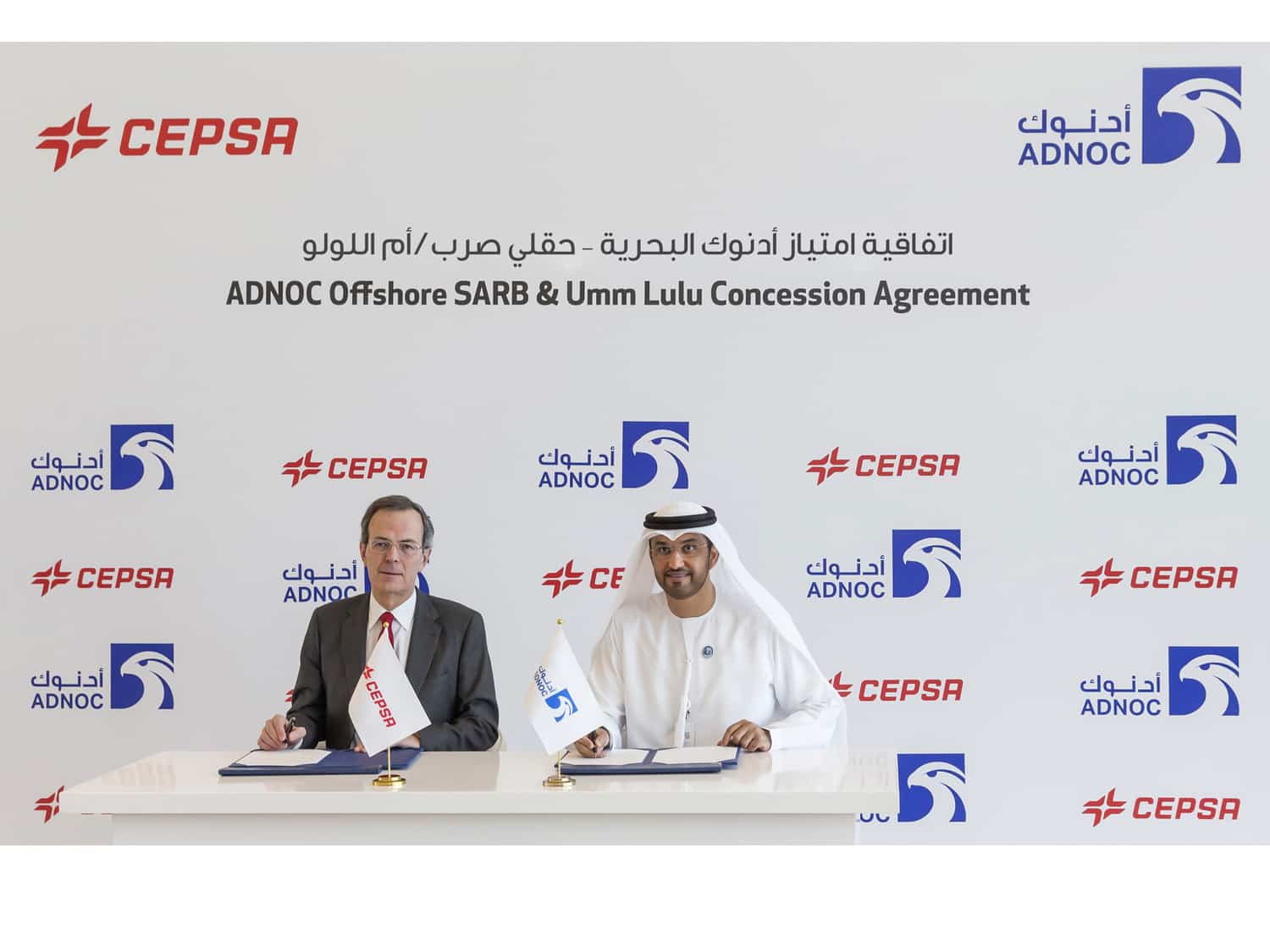