Cepsa has won, along with Pemex Exploration and Production and Deutsche Erdoel Mexico, three hydrocarbon exploration and production blocks in Mexico, in the first bidding of the 3rd Round, organized by the Mexican National Hydrocarbons Commission (CNH). The three blocks are in shallow-water areas in the Tampico-Misantla basin in the Gulf of Mexico. The unveiling and announcement of the winning bidders took place today in Mexico City and was attended by Pedro Joaquín Coldwell, Energy Secretary for Mexico, and Juan Carlos Zepeda, Chairman of the CNH.

The areas obtained by Cepsa, in collaboration with the state company Pemex Exploration and Production and Deutsche Erdoel Mexico, German affiliate of DEA Deutsche Erdoel AG, correspond to blocks 16 and 17. In addition, the Company has obtained block 18 along with Pemex Exploration and Production. The first two blocks will be operated by Deutsche Erdoel Mexico and the last block will be operated by the Mexican petroleum company. Cepsa will have a 20% stake in each one of the areas, and the first phase of exploration is expected to last four years.

The Tampico-Misantla basin is one of the largest hydrocarbon producing areas in Mexico and its shallow waters offer attractive exploration potential in different geological plays.

The project represents Cepsa’s first entry into Mexico and the expansion of its activities in Latin America, a key region for the Company where it has operated for 10 years. It is also the first collaboration between Cepsa, Deutsche Erdoel Mexico and Pemex Exploration and Production, the latter of which is the key player in the Mexican energy market and a strategic partner in the country.

Growth in Exploration and Production

The award of these blocks strengthens the company’s growth in exploration and production, one of the Company’s levers for its international growth which in turn reinforces its integrated model. This is also aligned with expected global demand growth for petroleum in coming years, which the company recognized in its Cepsa Energy Outlook 2030 report.

Cepsa has already participated in shallow-water projects in countries such as Thailand and the United Arab Emirates, where it recently signed an agreement with the national oil company ADNOC (Abu Dhabi National Oil Company) for the production over 40 years of the SARB and Umm Lulu fields in Abu Dhabi.

The Company also carries out its exploration and production activity in countries including Algeria, where it operates the second-largest oil field in the country, and Colombia, where it is one of the most important companies in the sector, in addition to Peru, Brazil, Suriname, Malaysia and Spain. The company currently has a diversified portfolio, both in terms of onshore and offshore assets.

Cepsa has a notable presence in Latin America through its exploration and production activity in Colombia, Peru, Brazil and Mexico; bunker supply in Panama and chemicals activity in Brazil. 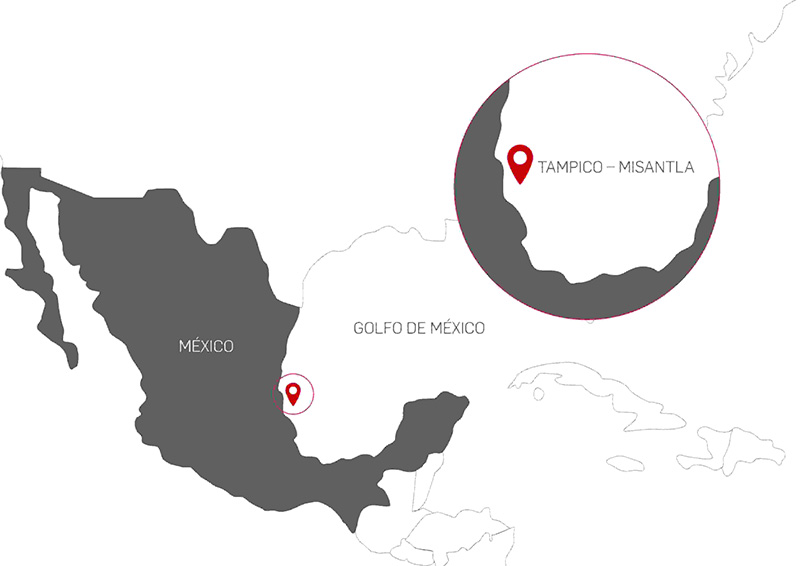