Cepsa and Binter today signed an agreement to promote the decarbonization of the aviation sector through the development and research of sustainable aviation fuels (SAF). The alliance will also develop other energy alternatives, such as renewable hydrogen and electrification, for the airline's ground fleets (supply vehicles, baggage loading and unloading operations, aircraft assistance, etc.).

This agreement, which will promote the sustainability of air transport from one of the main tourist regions in Spain and the world, was signed this morning at a ceremony held in Gran Canaria, attended by representatives of both companies.

During the signing of the agreement, the president of Binter, Rodolfo Núñez, said: "With this alliance, we take a very important step in Binter's goal to provide air transport service in the most sustainable way possible. To do this, it is essential to promote the consumption of new fuels with low environmental impact, which we will soon be able to start applying to our flights thanks to our joint work with Cepsa."

Pierre-Yves Sachet, Cepsa’s Director of Mobility & New Commerce, highlighted: "At Cepsa we work to provide innovative solutions that promote sustainable mobility. This agreement is a good example of that commitment and also contributes to the competitiveness of Spain’s tourism sector, where the Canary Islands is a major reference".

Carlos Barrasa, Cepsa's Director of Commercial & Clean Energies, points out that "with this alliance we continue to accelerate the decarbonization of air transport and our customers’ footprints. In addition, we reinforce Cepsa's commitment to the economic and sustainable growth of the Canary Islands, a region in which we have been present for more than 90 years".

The development of sustainable aviation fuels (SAF) is a priority for both companies as a tool to further reduce the carbon footprint of air transport and thus contribute to the fight against climate change and the achievement of the 2030 Agenda. Specifically, this partnership supports several Sustainable Development Goals: SDG 7 (ensure access to affordable, reliable, sustainable and modern energy), SDG 8 (promote sustained, inclusive and sustainable economic growth, full and productive employment and decent work for all), SDG 12 (ensure sustainable consumption and production patterns) and SDG 13 (take urgent action to combat climate change and its impacts).

Cepsa is working on an ambitious plan to green all its businesses and become a leader in the energy transition. The company is one of the main suppliers of aviation fuels in the Spanish market and, in particular, in the islands, where it has a significant presence in all its airports. In addition, Cepsa has extensive experience in producing sustainable fuels in its industrial centers and is developing pioneering studies worldwide to convert waste and used oils into fuels from renewable sources with a high energy value.

Binter has made sustainability one of its main priorities and for years has been studying and implementing measures to reduce the impact of its activity on the environment. The airline has been a leader in Spain in the implementation of an environmentally friendly ground fleet made up of electric and lower-emission equipment and has championed measures such as replacing single-use plastics for in-flight service with less contaminating products. Binter also has one of the youngest aircraft fleets in the country, allowing it to take advantage of improvements introduced by manufacturers to reduce both fuel consumption and emissions.

This agreement between Cepsa and Binter is in line with the European Commission's Fit for 55 package, which includes a legislative initiative called 'RefuelEU Aviation', which aims to boost the supply and demand of sustainable aviation fuels in the European Union to reach 2% usage by 2025, 5% by 2030, and 63% by 2050.

Sustainable aviation fuels (SAF) have a key role to play in the decarbonization of tourism and air transport. These fuels are produced from circular raw materials that do not compete with food, such as used cooking oils, non-food animal waste or biodegradable waste from various industries. Compared to conventional fuel, SAF can reduce aviation emissions by up to 80% over conventional kerosene, according to the International Air Transport Association (IATA).

Other benefits of SAF are that it boosts the circular economy, increases energy independence (and with it, supply security) and ensures the maintenance of an important driver of the Spanish economy (200,000 quality jobs). In addition, it can be used immediately with existing supply infrastructure and without the need for fleet renewals.

Commitment to the Canary Islands

The agreement signed is another example of Cepsa's commitment to the Canary Islands, where it has maintained close ties since its origins in 1929 in Tenerife, guaranteed the region’s energy supply and favored its economic and social growth.

Cepsa's presence in the Canary Islands has contributed to the development of air connectivity, maintaining the guarantee of aviation fuel supply and promoting Canary Islanders’ mobility as well as tourism, the Islands’ main economic driver.

Recently, the company has received authorization to start the first phase of decommissioning the Tenerife Refinery, a project included in the commitment to sustainability and energy transition of the Canary Islands Government and Cepsa. The project will begin in the coming weeks and be carried out in stages until 2025, guaranteeing at all times the energy supply of the Islands.

Binter is an airline created in 1989 in the Canary Islands archipelago to offer inter-island connections with a clear focus on public service.

The airline also operates outside the Canary Islands, with flights to 11 destinations in the rest of Spain (Vigo, A Coruña, Asturias, Santander, San Sebastián, Vitoria-Gasteiz, Pamplona, Zaragoza, Mallorca, Murcia and Jerez de la Frontera) and an international schedule that has grown to 16 routes to Africa (Casablanca, Marrakech, Agadir, Dakhla, El Aaiún, Nouakchott, Dakar, Banjul and Sal), Portugal (Madeira and Lisbon), Italy (Turin and Venice), and France (Toulouse, Marseille and Lille).

Thanks to its constant spirit of renewal and progress, Binter has been recognized seven times by the European Regional Airlines Association (ERA), with which last year it organized a conference on sustainability in aviation. 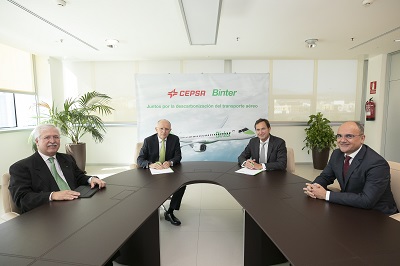 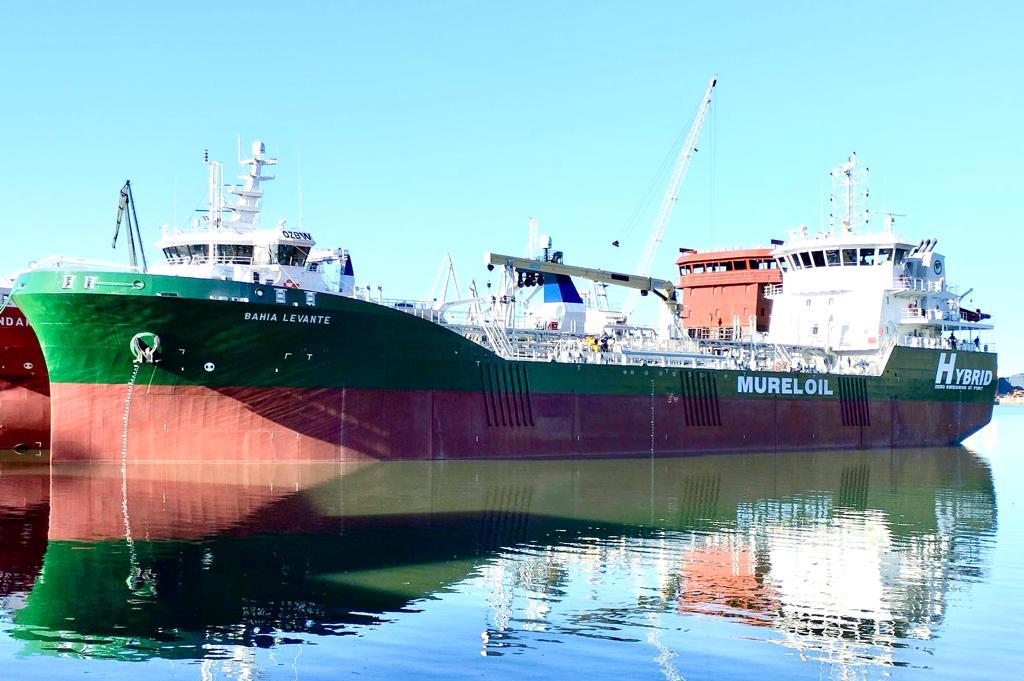