A German national, the new director has strong ties to Spanish and Hispanic culture, having been head of Human Resources for the Spanish subsidiary between 2013 and 2016. She has lived for more than ten years in Madrid and she spent her childhood in Latin America. She is a leading expert in transformation processes, having driven the HR globalization strategy at Vestas and Vodafone's technological transformation, which involved a significant cultural change. In addition, she has had an extensive international career, which she developed in several continents.

Prior to joining Vodafone, she worked for Vestas as head of HR in Europe, Africa, and South America, and before that for the consulting firm Penna and the investment firm Boltendahl. Bettina Karsch studied Economics at Brown University (USA) and holds an MBA from the École de Ponts in Paris.

Cepsa has recognized Carlos Morán’s excellent work in the company. Since joining the company in 1991, he has held various positions with responsibilities that were always linked to people management, until his appointment in 2012 as head of the area, member of the Management Committee, and Secretary of the Appointments and Remuneration Committee of the Board of Directors. Throughout this time, he has achieved numerous awards for Cepsa's human resources activities, laying the foundations for optimal talent management and smooth labor relations that will help Cepsa to take on the energy transition and become a benchmark in it. 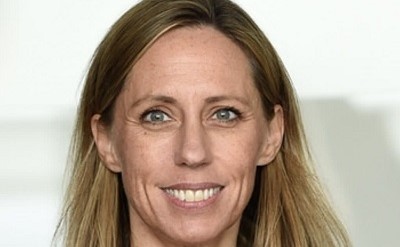