Cepsa paid tribute to its most veteran team in the Canary Islands with the celebration of an open-doors day at the Tenerife Refinery, attended by more than 70 former staff members who are now retired.

Through this event, the energy company sought to recognize the employees who provided services in this facility, whose work over the years with Cepsa contributed to its evolution and helped it become a reference in the sector in Spain and worldwide.

During this special meeting, the director of Cepsa in the Canary Islands, José Manuel Fernández-Sabugo, emphasized the importance of human capital to the energy company. In this regard, he said Cepsa “is a company of people working on behalf of people, in which energy is a nexus that unites us.”

He thanked the attendees for their effort and dedication during their years at the company and emphasized their pride in belonging to Cepsa, as well as the generation of talent that the Canary Islands personnel have represented in the company.

For their part, the retirees who attended the event expressed their gratitude for the invitation and the opportunity to relive good times and memories with former colleagues, to return to the facilities where they worked and to learn first-hand about the company's projects in the archipelago.

During their visit, the attendees heard about Cepsa’s commitment to the energy transition and its future strategy in the Canary Islands. This includes, among other aspects, the gradual dismantling of the Tenerife Refinery and the transfer of activity to the Port of Granadilla, where a new storage and distribution terminal will be built to continue supplying energy to the islands.

“Despite the mixed feelings it may generate, the closure of our beloved Tenerife Refinery is an unprecedented project in Spain, as was its construction, and the work for its de-installation will be a rewarding and valuable experience for Cepsa’s staff,” the director said. At the same time, “new opportunities will be generated in other business areas, and Cepsa will continue to move forward, becoming stronger and more sustainable while continuing to contribute value to society in the Canary Islands,” he added.

During the visit, a review was presented of Cepsa’s evolution in the Canary Islands since the opening of the Tenerife Refinery in 1930, the first to be built in Spain, up to the present day, emphasizing the company’s key role in the social and economic development of the islands, as well as in guaranteeing its energy supply. This is in addition to the fundamental role played by energy professionals throughout its more than nine decades of history.

Emphasis was also placed on the keys to the company's future, marked by the new “Positive Motion” 2030 strategy, with which it aspires to be a benchmark in the energy transition, also in the archipelago. In fact, the company plans to invest 400 million euros in the Canary Islands over the next eight years, a reflection of its firm will to continue being an energy reference in the region by leading electric mobility and contributing to decarbonization.

The process of dismantling the Santa Cruz de Tenerife Refinery, which began last May and will be carried out gradually, was of great interest to the attendees. The first phase of the process is expected to be completed in 2025, coinciding with the opening of a new storage terminal in Granadilla. This will be extended in a second phase to complete the dismantling and remediation of the space, allowing the city of Santa Cruz de Tenerife to recover an area of some 570,000 square meters by around 2030.

Additionally, the social commitment that the company has been developing in the Canary Islands through Fundación Cepsa was emphasized at the meeting. This line of action is focused on meeting social demands and supporting projects that contribute to society, providing social, scientific-educational and environmental assistance as well as support for the ecological transition. 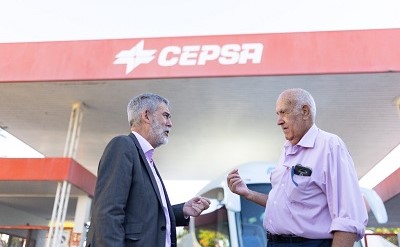 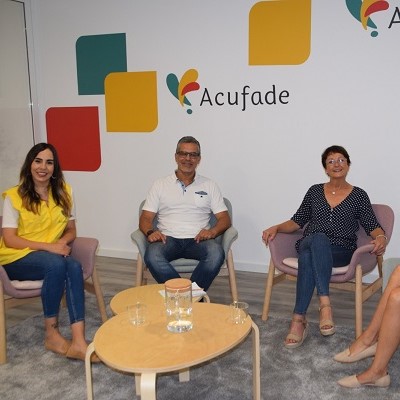