The Government of the Canary Islands, through the Department of Ecological Transition, Fight against Climate Change and Territorial Planning, has authorized the start of work in the coming weeks on the first phase of the removal of units at the Cepsa refinery in Santa Cruz de Tenerife.

The President of the Canary Islands, Ángel Víctor Torres, and the CEO of Cepsa, Maarten Wetselaar, met this morning to discuss the details of the process, which is part of their strategic commitment to promote sustainability and energy transition.

Ángel Víctor Torres noted at the meeting that the dismantling of the refinery in Santa Cruz de Tenerife, "will represent a great opportunity for the transformation of the municipality and could be an emblem for future cities."

Torres added that the public use of the space now occupied by the refinery will allow the Santa Cruz de Tenerife community to enjoy "a friendlier, more sustainable and healthier city and undertake an exemplary energy transition." In that regard, the President noted that the project, "which had been awaited for many years," must be executed following the criteria of the Canary Islands 2030 Agenda for Sustainable Development.

The President emphasized that "today, with the information that the CEO of Cepsa has provided about the project, we can say that an exciting process is coming together not just for our capital but for the entire island." He added that this will be "one of the great actions of the decade" among other strategic projects being promoted by the Santa Cruz de Tenerife legislature. These include the Valleseco Beach, where work began in June 2021, and on rest of the island of Tenerife where work has begun on projects such as the Urbanization of Las Chumberas (La Laguna) and the section between Santiago del Teide and El Tanque of the Anillo Insular, as well as progress on closing the road between Icod and San Juan de la Rambla.

For his part, Maarten Wetselaar, Cepsa's CEO since January 1, highlighted the energy company's commitment to the Canary Islands, where it began its operations in 1930. "Cepsa has made an enormous contribution to the social and economic development of the Canary Islands for more than 90 years, in addition to guaranteeing its energy supply. We pledge to continue our commitment going forward, contributing to the archipelago’s energy transition process alongside public institutions. The Santa Cruz Verde 2030 project is a great example of our ambition."

Wetselaar also pointed out that "at Cepsa we believe in the need for an Ecological Transition that is comprehensive, fair, and inclusive for everyone. That is why we are undertaking a deep transformation to address the climate challenge."

A project in several phases

The first phase of the gradual withdrawal process of units from the Refinery, which will last until 2025, will be carried out according to a schedule agreed with the Canary Islands government before each action, always guaranteeing that no actions compromise the activity or the service currently provided by the facility, so as not to affect the energy supply of the Islands.

The first step of the agreed schedule will begin soon and will include the removal and recovery of the soil of the unit known as Merox. Once work from the first phase has been completed, the next phase will begin, focused on the area where the crude oil storage tanks are located. Cepsa is already processing the required projects and administrative permits.

The start-up of a new storage park in the Port of Granadilla, for which Cepsa already has an administrative concession and expects to be ready in 2025, together with increased use of other company facilities on the Island will pave the way for work on the second phase involving the full dismantling of the Refinery’s remaining equipment and the voluntary remediation of the soils.

This final phase involves the green light for construction of the city's new green space, marking a major milestone in the sustainable development objectives of the local administrations involved and Cepsa.

Cepsa said its commitment to sustainable development and the ecological transition has led the company to take decisive steps towards achieving these objectives. The energy company said at today’s meeting that it aspires to become a benchmark by implementing a series of actions across all its business areas, including the generation of its products and the energy solutions it offers to the public. The future conversion of the Tenerife Refinery, it added, is another example of this commitment, even as the company continues to offer its services to the people of the Canary Islands and guarantee its energy supply. 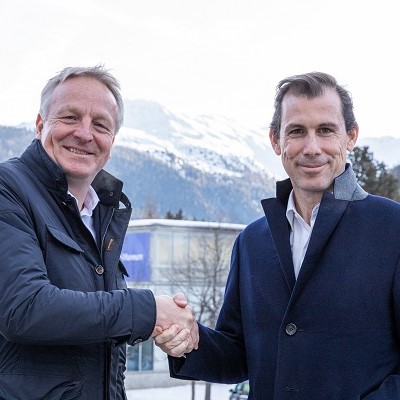