In record time and thanks to an innovative process, Cepsa has managed to convert one of its old refining units of the La Rábida Energy Park in Huelva into a new plant for the production of first and second generation biofuels, capable of reducing CO2 emissions by 90%.

The project, in which several different areas of the company have participated, has resulted in a process that revalues and makes a plant designed to eliminate sulfur from fossil fuels more sustainable. The upgraded facility is now capable of producing a sustainable diesel fuel, called hydrobiodiesel, from vegetable oil, vegetable waste or animal fats not intended for human consumption (sandach), marking a new milestone in the company’s Positive Motion strategy, with which it puts Andalusia in the center of energy transition and circular economy.

Cepsa has made a firm commitment to the development and production of advanced biofuels from circular raw materials such as those described, which do not compete with food and can be used in diesel engines without any modification.

Some of the keys to this transformation have been the modification of the catalyst (a substance that promotes the chemical reactions necessary to obtain sustainable diesel) and the improvement of the plant's metallurgy. According to Jorge Acitores, director of the La Rábida Energy Park, "the commitment of our teams to safety as well as to the environment and decarbonization have been key to the development of this project. The talent and innovation of our professionals is enabling us to accelerate our goal of becoming a benchmark for energy transition in southern Europe."

The production of this hydrobiodiesel in this unit of the Huelva factory amounts to 400 tons per day, which will increase in the future to 800 tons.

On the road that began a year and a half ago to reach this point, the teamwork of all the actors involved has been key. The members of R&D, engineering and operations in Huelva, together with the rest of the areas involved, have broken a record to have the unit ready this December. According to Jorge Acitores, "the value provided by Cepsa's own technicians has been differentiating, combining the engineering and execution stages, something more typical of a start-up than of an organization such as ours, and which has been a challenge in which we have demonstrated great agility. The success has been based on a quick and precise response capacity, and on a very special involvement of the people and teams that make up Cepsa."

The production of the biofuel, together with the recent production of sustainable aviation fuel that we presented at Seville airport last November, places Cepsa's facilities in Huelva at the forefront of advanced sustainable biofuel production. In addition, "this project is an important step forward from the point of view of the experience that the company and its personnel are acquiring for a future in which these raw materials will be key in the energy transition".

Specifically, Cepsa will produce 2.5 million tons of advanced biofuels annually by 2030, of which 800,000 tons will be sustainable aviation fuels.

The company has established an ambitious roadmap to cut its emissions, placing it among the benchmark companies in its sector. Specifically, by 2030, it will reduce its CO2 emissions (Scope 1 and 2) by 55% compared to 2019 and aims to be carbon neutral by 2050. It will also reduce the carbon intensity of its products between 15 and 20% by 2030. Cepsa wants to go beyond net zero and seeks to have a positive impact, adding value in the communities where it operates by enabling its customers and other stakeholders to move forward in the right direction. 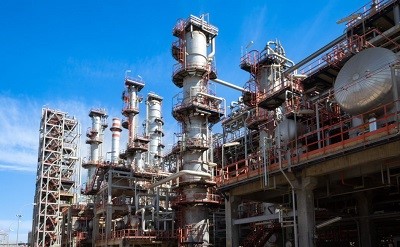