Driving the circular economy Cepsa will produce green hydrogen at its San Roque Energy Park (Cádiz) by reusing recycled water from a wastewater treatment plant (WWTP). To this end, the company has reached an agreement with the public company Aguas y Servicios del Campo de Gibraltar (Arcgisa) for the supply of recycled water from the urban effluents of the municipalities of San Roque and Los Barrios at its industrial facilities.

The agreement is another step in the development of Cepsa’s Andalusian Green Hydrogen Valley, the largest green hydrogen project in Europe which will be located at its Energy Parks in Huelva and San Roque with a 3 billion euro investment.

This is one of Spain’s groundbreaking circular economy projects in industrial urban water use, a practice that, according to the European Union, can reduce global drinkable water consumption by 5%.

The treatment and purification of urban water for industrial use will be carried out in the new wastewater treatment plant (WWTP) that the Association of Municipalities and Arcgisa plan to build on land near the Energy Park facilities, which was ceded years ago by Cepsa to the City of San Roque. This new facility will have tertiary treatment for wastewater that will amount to 4.2 million cubic meters per year, which will no longer be dumped into the sea, but instead reused by Cepsa in its facilities. This is equivalent to the yearly average water consumption of more than 21,000 four-person households.

During the presentation of this agreement, Rosero Rivero, director of the San Roque Energy Park, said: "Cepsa's commitment to reducing its environmental footprint and decarbonizing its activity and that of our customers through our Positive Motion strategy, which is propelling innovative actions such as using urban wastewater for industrial purposes for the first time in Campo de Gibraltar. These moves strengthen our commitment to being a significant player in our country's energy transition.” 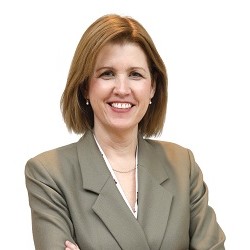 “Our commitment to sustainable development leads us to promote new production models. In addition to using recycled water, we will combine all our technological and innovative potential to find a second life for the region's urban waste, keeping it in the value chain and facilitating the transition from a linear model to a management model based on circularity”.

In addition to the agreement for the supply of recycled water, Cepsa is also committed to promoting efforts linked to the circular economy that affect the urban waste managed by Arcgisa. These efforts will be aimed at the valorization and recovery of organic waste, used cooking oil, biological sludge from the WWTPs managed by the joint public company, as well as other waste and rejections from the public company's facilities.

As part of its environmental commitment and transformation plan, Cepsa has set a target of reducing freshwater capture in water-stressed areas by 20% by 2025, compared to its use in 2019. This decision, which is one of the most ambitious in the international energy sector, will save more than 3 million cubic meters of fresh water per year.

The company will undertake various initiatives to reduce its freshwater consumption, including the reuse project at its San Roque Energy Park wastewater plant, which next year will have a new water treatment plant to recycle up to 20% of the water used by these industrial facilities, which will be reused in its industrial operations.

Cepsa recently presented the Andalusian Green Hydrogen Valley, which will make Andalusia the largest hub in Europe for this technology. The project, part of Cepsa's 2030 strategic plan, will turn the region and country into an energy powerhouse, contributing to Europe's security of supply and energy independence, in line with the objectives of the European Union's REPowerEU strategy. Cepsa will build two plants with a total capacity of 2 GW to produce green hydrogen: one of 1 GW in Palos de la Frontera (Huelva) and another of 1 GW in San Roque (Cádiz). These are the two largest facilities for the production of this energy vector planned in Europe. The Huelva plant will be located next to the La Rábida Energy Park and will start up in 2026, while the Cádiz facility will be located in the San Roque Energy Park and will be operational in 2027.

To generate the renewable electricity needed to produce this green hydrogen, Cepsa will develop a 3 GW portfolio of wind and solar energy projects, which will involve an additional investment of 2 billion euros. In addition, the company will collaborate with other renewable energy producers in Andalusia and the rest of Spain to promote integrating these new plants into the electricity system. 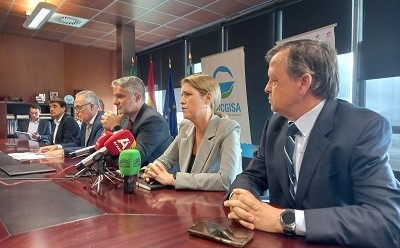