Cepsa, the leading company in Andalusia by sales volume, will invest more than 3 billion euros to establish the Andalusian Green Hydrogen Valley, creating the largest green hydrogen hub in Europe in southern Spain. The project, part of Cepsa’s 2030 strategy Positive Motion, will contribute to Europe's energy security and independence, in line with the objectives of the European Union's REPowerEU strategy. The investment is the biggest milestone to date of Cepsa's Positive Motion energy transition plan to lead sustainable mobility and the production of green hydrogen and advanced biofuels in Spain and Portugal this decade.

The company will build two plants with a total capacity of 2 GW to produce green hydrogen. The plants, with 1 GW of capacity each, will be located in Palos de la Frontera (Huelva) next to Cepsa’s La Rábida Energy Park and at the company’s San Roque Energy Park in Cádiz. The Huelva plant will start up in 2026, reaching full capacity in 2028, while the Cádiz facility will be operational in 2027. Cepsa is already working on the engineering and administrative processing of the project.

To generate the renewable electricity needed to feed production of green hydrogen, Cepsa will develop a 3GW portfolio of wind and solar energy projects with an additional 2 billion euro investment. The company will also collaborate with other renewable energy producers in Andalusia and the rest of Spain to promote the integration of these new plants into the electricity system.

During the presentation of this hub, held this morning at the San Roque Energy Park, Spanish Prime Minister Pedro Sanchez said: “This investment will help Spain achieve its goal to become an energy exporting country, with the first European green hydrogen corridor between the Campo de Gibraltar and the Dutch Port of Rotterdam. Andalusia has everything it takes to become one of the most competitive regions in the world for hydrogen production.”

Juan Manuel Moreno Bonilla, President of the Regional Government of Andalusia, noted that: “We are talking about the great energy source of the future, which can decarbonize industry, mobility, and households. Andalusia has the position and strength to lead in the generation and export of green hydrogen, and public-private collaboration can strengthen our position in the production of this clean energy vector. That is why we are setting up an Andalusian Green Hydrogen Alliance in which the Administration and all interested parties will participate." 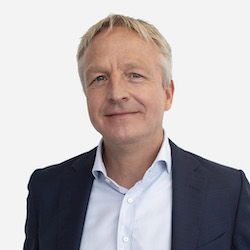 “The Andalusian Green Hydrogen Valley is a groundbreaking project whose 2 GW capacity is 10 times bigger than the largest under construction in Europe today. This project produces green hydrogen at scale that can decarbonize industry, aviation, and heavy road and maritime transport in Europe, for Europe.”

Juan Carlos Ruiz Boix, mayor of San Roque, Roel Nieuwenkamp, ambassador of the Netherlands in Spain, Gerardo Landaluce and Pilar Miranda, presidents of the Ports of Algeciras and Huelva, and Nico Van Dooren, director of new business at the Port of Rotterdam, also participated in the event alongside other authorities and energy sector representatives.

The Andalusian Green Hydrogen Valley will produce 300,000 tons of green hydrogen per year, driving the decarbonization of Cepsa’s Energy Parks where it will produce advanced biofuels for aviation (SAF), and maritime and heavy land transport. Hydrogen will be particularly important for the production of by-products such as green ammonia and methanol, which will ensure that green marine fuels will be available in the main Spanish ports, helping to decarbonize maritime sector customers.

Implementing this project will save six million tons of CO2 emissions per year. Aside from replacing grey hydrogen in industrial processes, green hydrogen will also have a multiplier effect when used in the production of renewable fuels that will replace traditional fossil fuels.

Through this initiative, Cepsa strengthens its commitment to Andalusia, a key region of its Positive Motion plan. The region, already a leader in renewable energy production, now has the potential to become a leader in the production of green molecules such as green hydrogen, advanced biofuels, and synthetic fuels from renewable sources, such as green ammonia and methanol.

The region has everything it takes to become one of the most competitive and efficient places in the world for green hydrogen production. Currently, 40% of the hydrogen produced in Spain is consumed in this autonomous community with a substantial industrial base, making San Roque and Palos de la Frontera privileged locations for the development of large-scale projects. It also has one of the highest wind and solar photovoltaic power generation and production capacity in Europe, and at the lowest cost.

Developing this project will guarantee the future of industrial employment in Andalusia, generating 10,000 jobs, including direct, indirect, and induced. Of these, 1,000 will be direct employment opportunities. The company will work on training new job skills through its own training centers at its Energy Parks, as well as through its partnerships with different universities in the area.

Andalusia has world-class port infrastructure, connected to the main ports of Europe and the world. The ports of Algeciras and Huelva are two key locations on the export and maritime traffic routes both to northern Europe and to Asia and Africa. Establishing the Andalusian Green Hydrogen Valley will position Andalusian ports as global leaders in international green hydrogen corridors and in the supply of new sustainable fuels for maritime transport. In this regard, Cepsa has recently reached an agreement with the Port of Rotterdam to create the first green hydrogen corridor linking northern and southern Europe.

This project will also boost the economic activity of more than 400 SMEs in the area and act as a mobilizing project to attract new industry and investment from other links in the hydrogen value chain, such as electrolyzer factories, green fertilizer plants, or hydrogen transport technology. Cepsa's objective is to promote partnerships and collaborations to improve the competitiveness of Andalusia's important industrial centers through the supply of affordable, accessible, safe, and available energy.

Due to the abundance of sun and wind in the Iberian Peninsula, the International Renewable Energy Agency (IRENA) estimates that green hydrogen in Spain will be cheaper than grey hydrogen in 2026, second only to China, Brazil and India. It also expects Spain to become a net exporter of renewable hydrogen. Twenty percent of all projects worldwide are located in Spain.

The Hydrogen Roadmap, designed by the Spanish Government with a 8.9 billion euro investment, sets targets for 2030 of 4,000 MW of electrolyzer power, with 25% of industrial consumption, 5,000 to 7,000 light and heavy vehicles and two commercial train lines powered by renewable hydrogen, as well as 150 to 200 hydro generators for public use.

In addition, as part of the Recovery Plan's transformational drive, the Strategic Project for Economic Recovery and Transformation of Renewable Energies, Renewable Hydrogen and Storage (PERTE ERHA) allocates 1.55 billion euros to green hydrogen. 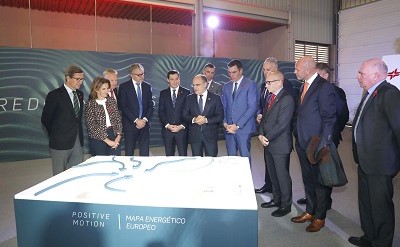